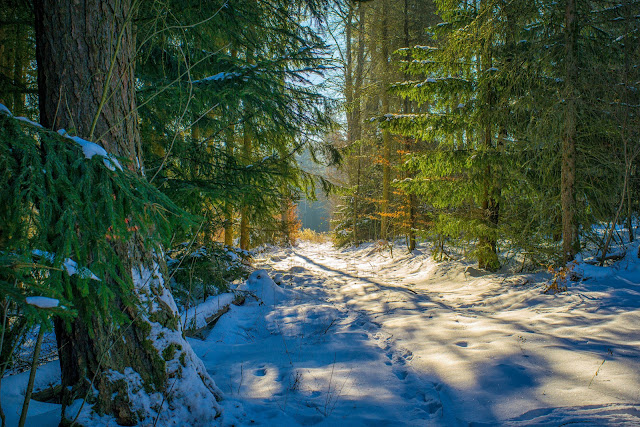 The lens reveals only that it was produced in West Germany. The actual manufacturer is not visible. The name "Revuenon", however, indicates that it was sold by the large German mail-order company "Quelle". Under the brand "Revue", "Quelle" sold relatively inexpensive, sometimes also very solid cameras and lenses since the seventies of the 20th century. Various manufacturers have supplied "Quelle", like Cosina or Chinon. German supporters are also well-known, such as the East German Practica or the Enna- Factory in Munich. 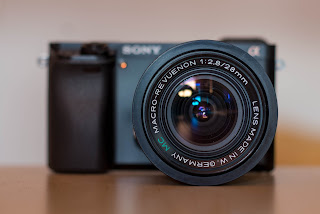 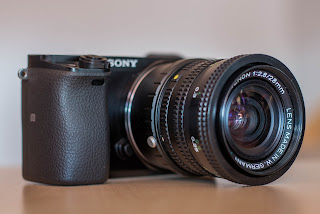 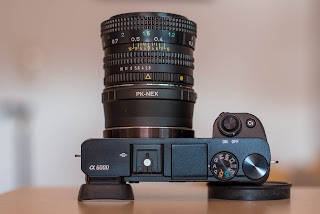 The Enna-Factory was founded in Munich in 1920 by Alfred Neumann. After his death the company after 1945 was led by his son-in-law, Dr. Werner Appelt as "Enna-Werkoptik-Gerätebau Dr. Appelt GmbH & Co. KG". It still appears to exist, but the production of lenses was discontinued in the early 1990s. Today the Munich-based "Enna-Werk" is a manufacturer specializing in engineering plastics.

This lens is (company intern name) a so-called "Ennalyt" 28mm f / 2.8 with metal bayonet, a lens of the lower price class. Amazing is the minimum focus distance of just under 20 cm.

The lens is exceptionally light, the feel is horrible like a yoghurt cup. Most of the lens is obviously plastic, but the bayonet is metal. Nevertheless you can use it well, the mechanics is precise. Nothing sticks or is worn out. Somehow it is German value work.  I have paid for this lens only 25 euros, on Ebay and on other Internet platforms you get them however already from 10 euros.  On various flea markets you can find this lens together with old cameras and gets the lens practically free as a gift.


What immediately strikes is the sharpness in the center of the image. Even with aperture open, the resolution, as well as sharpness and contrast in the middle of the photo is very good. Stopped down does not bring any improvements.  Only the sharpness to the edges is better: from aperture 4.0 the whole circle of images from one to the other sharp as a razor blade. You cant complain.
In backlight, the lens is very good-natured. The resulting flares are not too disturbing. The bokeh is - depending on the background - very restless to soft.


Particularly fascinating is the low focus distance of under twenty centimeters. This allows easy-to-use macro photos. I guess the macro magnification factor is 1:5.  This is quite remarkable for such an old lens and is quite useful for everyday use.

Let's summarize:  The lens is very cheap to buy, also feels very cheap. The optical calculation is excellent and the photos are very sharp and contrasting. So to speak a yoghurt cup with cream filling.
For me, the optical quality of the lens was really a surprise. I can recommend anyone to buy this lens, which gets them cheap to buy.
Here are a few photos I shot in the last weeks with this lens: 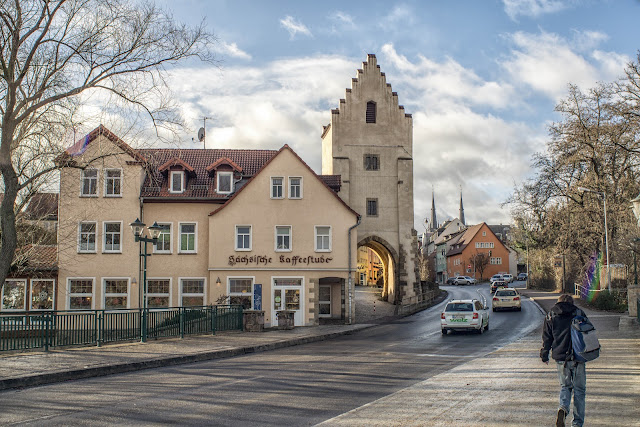 In my research on cheap wide-angle lenses, I immediately hit the excellent lenses of Minolta. Meanwhile many lenses of Minolta are not at all so cheap to get. Prices for used lenses have increased fivefold over the past three years. Okay, these prices are required by online-merchants on platforms, such as eBay. But only a few will be able to sell the lenses for this price. If you buy your lenses in real life, for example in small photographic shops or in online forums, you can still make bargains.
As many well-known manufacturers, Minolta has produced very different lenses. There are any optical and mechanic masterpieces astonishingly sold under the label Leica or Hasselblad.
So we find in the portfolio of Minolta very expensive lenses, such as the Rokkor 58 / 1.2 or the 85 / 2.0, on the other hand also some cheap bargains, such as my specimen of a Minolta MD 28mm f / 2.8.

I bought the five-lens system, which had been built since 1983, for forty euros. This lens is supposed to be the worse of the two versions with 28mm when one can believe the sources on the Internet.
The older 7-lens in seven groups is widely praised. Unfortunately I do not know from my own experience the two in-house competitors: the Minolta MD 28mm f / 2.0 and the Rokkor 28mm f / 3.5. Such a comparison with similar motives would certainly be very interesting. Perhaps there is such a possibility in the near future.
At the moment, I have some 28mm lenses at home to make a comparison. 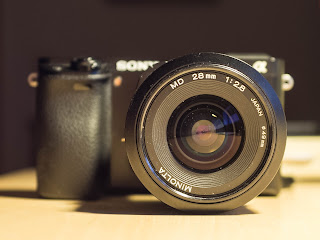 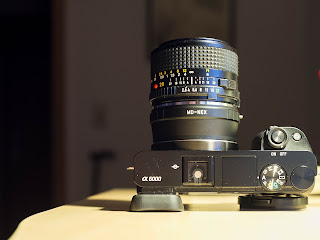 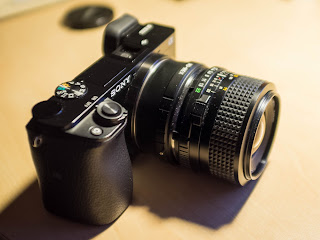 But let us first come to the statistics:


Let's go to the picture quality.  When the aperture is wide open, the result in the center of the image is quite sharp, but it drops clearly towards the edges. Stopped down to 3,5 or 4,0 brings a significant improvement at the edges of the image. Contrast and resolution are then significantly better. This does not mean you can not use the lens with open aperture. The sharpness is really good for smaller prints up to 30 x 40cm. But there are much better lenses with aperture 2.8, for example my Sigma mini-wide II 28mm f / 2.8 or the Nikon 28mm f / 2.8 AiS.
The bokeh is rather restless, no wonder with only six diaphragm blades. In case of backlight, the sensitivity of the Minolta 28mm is good-natured. There are distinct flares and color fringing on the contrast edges. A little stopped down and everything will be fine.

At all, it seems to me that the open-aperture-performance of the old lenses is too much valued. Lightly stopped down many of these old treasures are really good and a inexpensive alternative to the modern hightech optics. The microcontrast and the resolution of the old lenses are sometimes really impressive, if you stop down one or two steps.

Here again is an impression of the sharpness at open aperture, the lower picture is a 100% crop of the upper photo:

Let's summarize:
The Minolta delivers good to very good picture quality even with the aperture open. The contrast is better when you stopped down. This piece is light and compact and mechanically almost unbreakable. It is not the total highlight but a solid and recommendable performer.  If you can buy it cheap, then take it. More than 40 to 45 euros I would not pay for it.
Finally, a few pictures and (little) crops, which I shot in the last few weeks with the Minolta MD 28mm f/2.8: