The experts on the net say about the OM 135mm lens, it is sharp even at full aperture and a further stopping down only increases the depth of field. It is often compared to the 135mm f/2.8 Leica R Tele-Elmarit  and supposedly it should be just as good as this outstanding lens from Germany. But what is to this legend true?

It is amazing that it can often buy under 50, - Euros. I actually bought my copy for knock-out price of 40 Euro. The handling is typical of Zuiko-lenses: built comparatively delicate but very solid, extremely grippy rubber focus ring, pleasant resistance to focus the camera, only the aperture ring snaps a little rickety and noisy one. The focuser is short, just over 180 ° but this is fully sufficient to provide sharp precise and quick .
Let's look first of all at the statistics of the lens: The lens has an overall length of 73mm and a filter size of 49mm. The five lenses are arranged in four groups. The shortest minimum focus is 1.5 meters. The lens weighs 290 grams. A retractable hood is installed.
First some photos from and with the wonder-lens on my Sony-Nex: 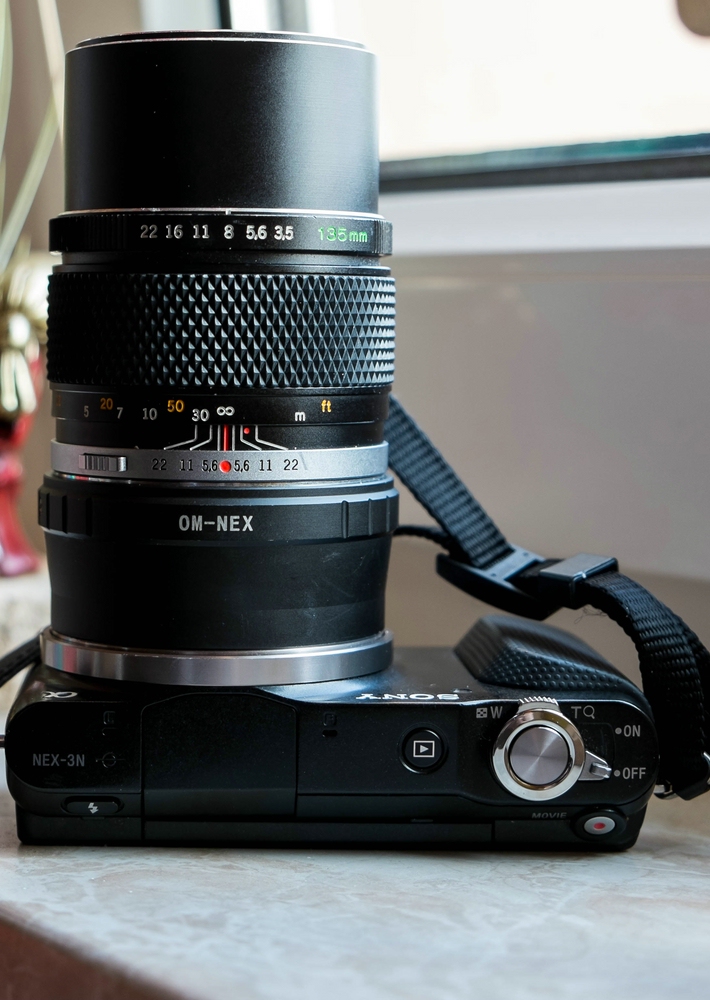 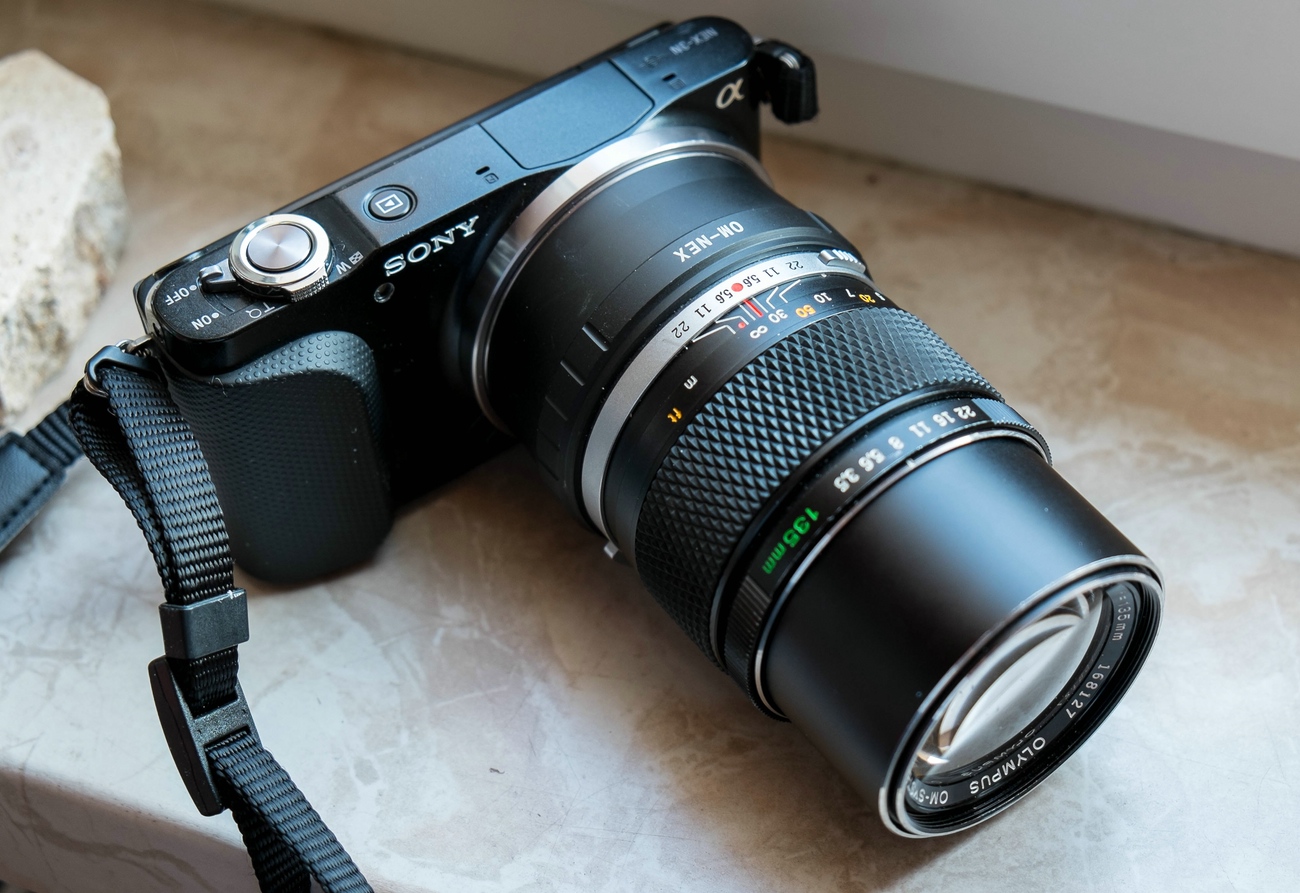 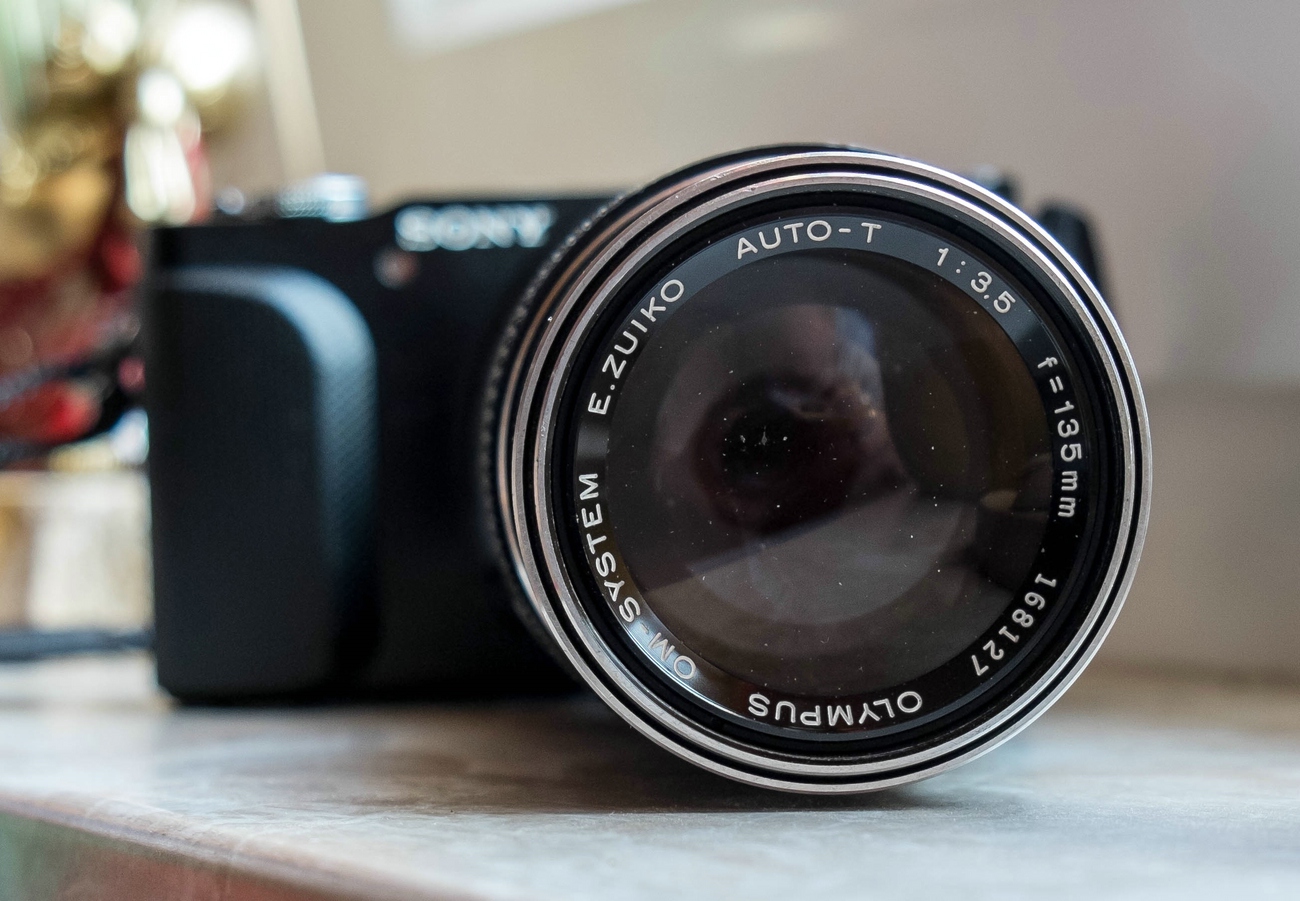 Here are a few shots at open aperture. It looks very good, the picture quality is excellent except for some chromatic aberrations. The contrast is excellent even at full aperture. The bokeh is smooth and even. The resolving power of the glass used is exceptionally good. For backlit subject, the lens is only slightly susceptible. The lens hood is indeed always there. In summary, I can say: best recommendation for this lens.


Finally, a few shots from days gone by with the OM Zuiko 135mm. A truly faithful and compact companion for all my cameras (Sony Nex and Sony a7). 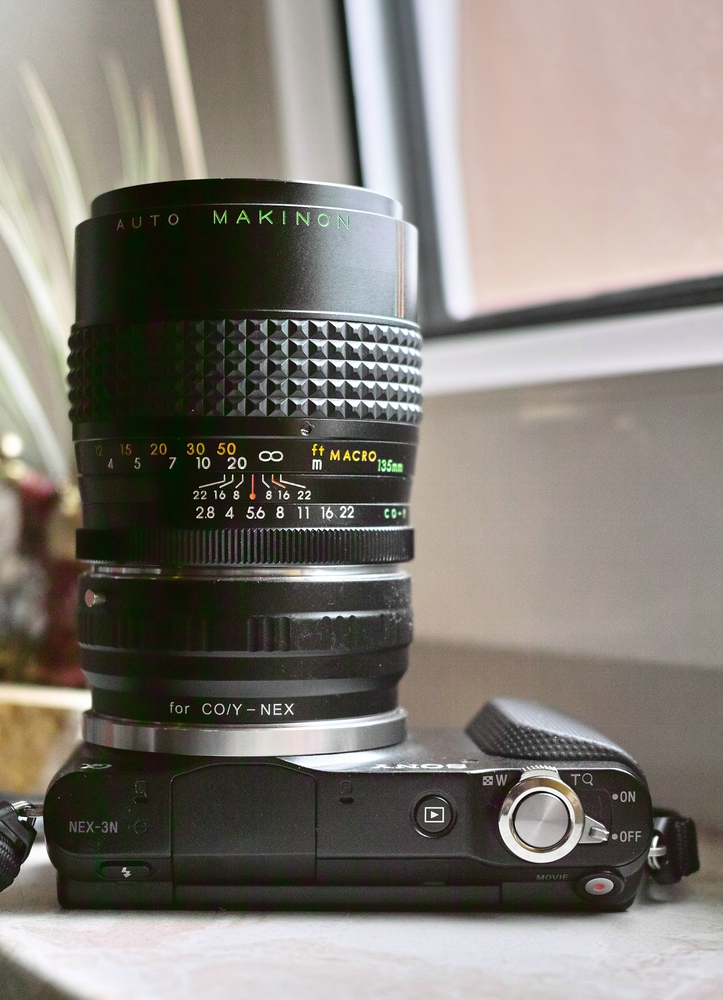 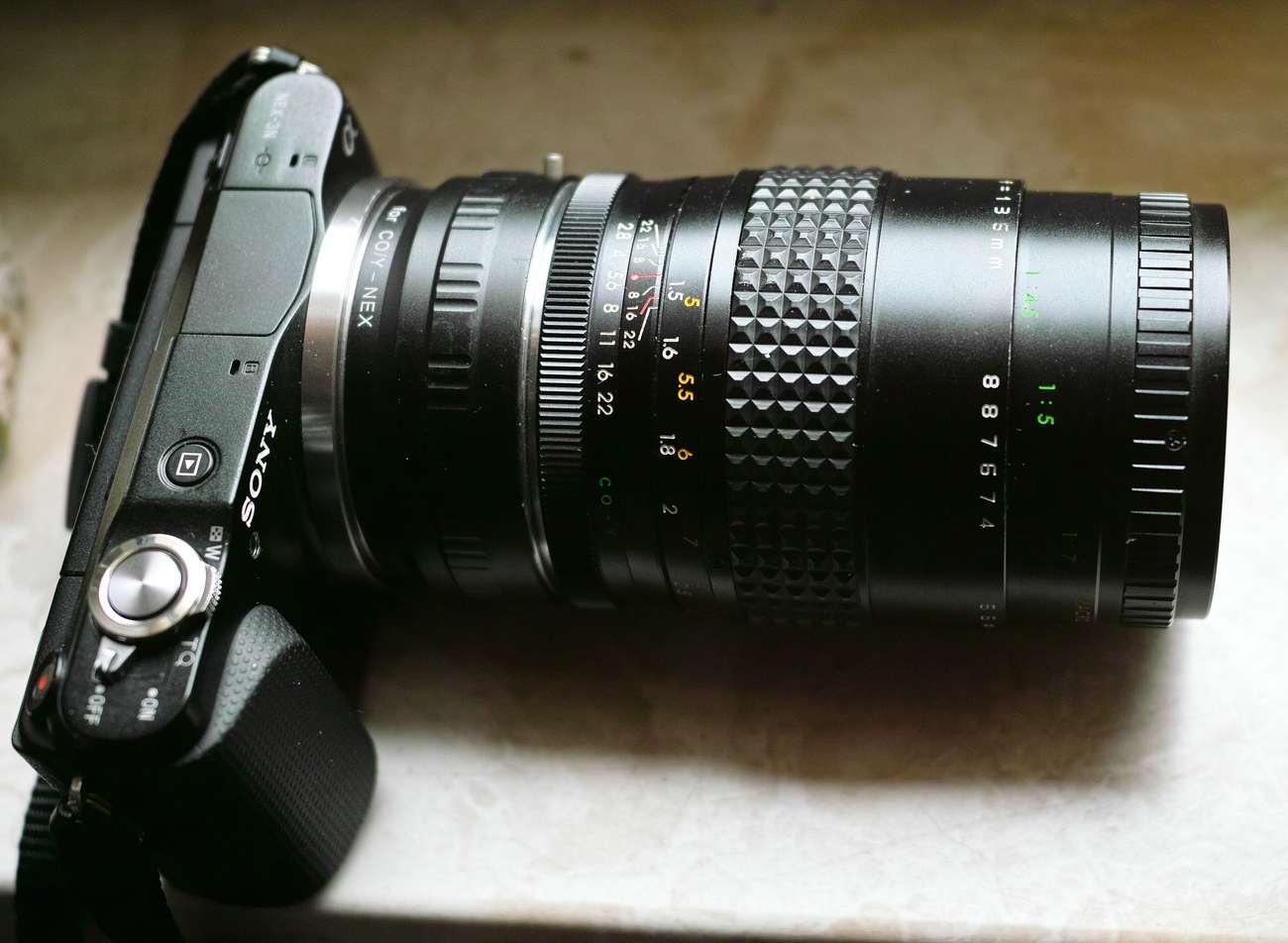 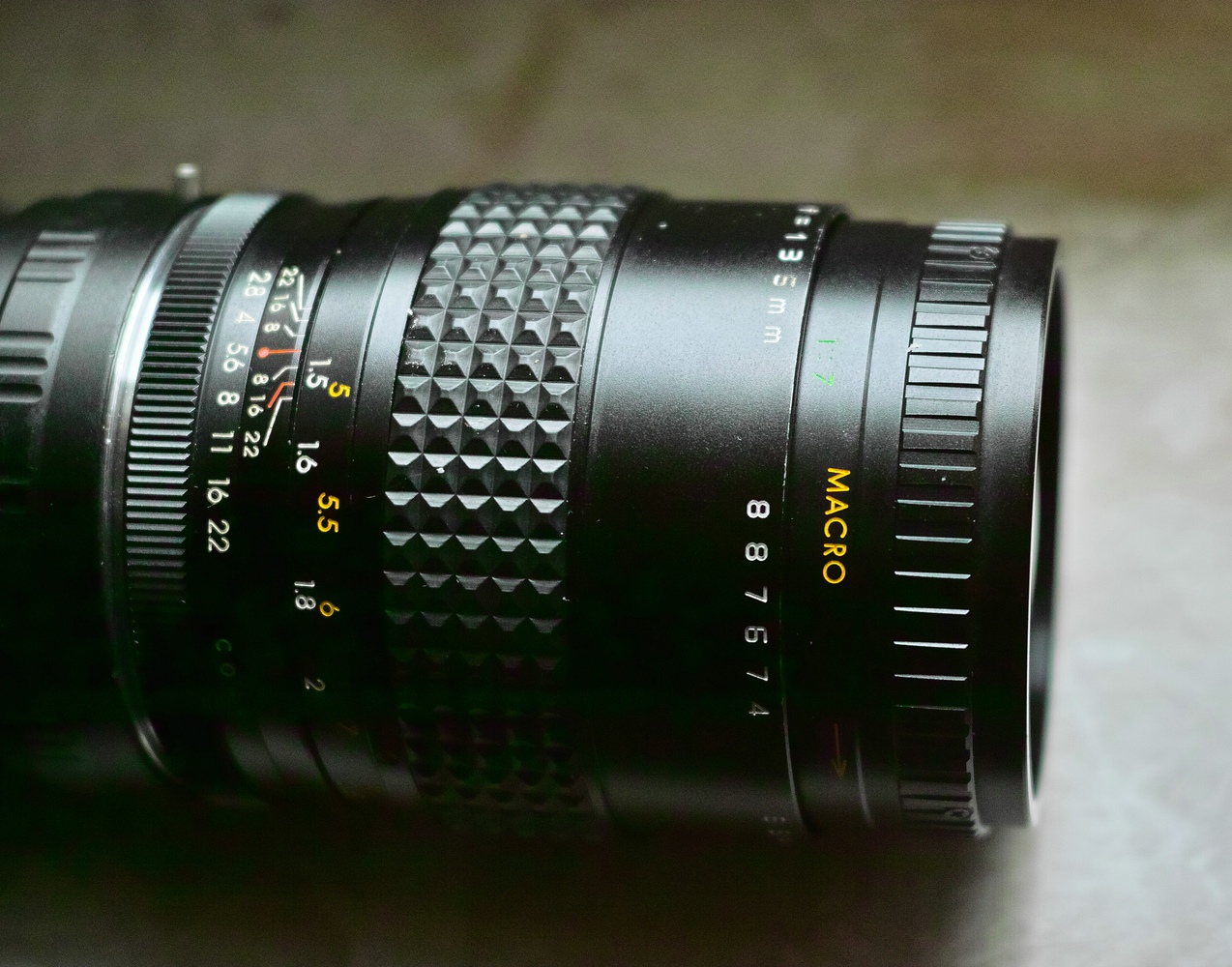 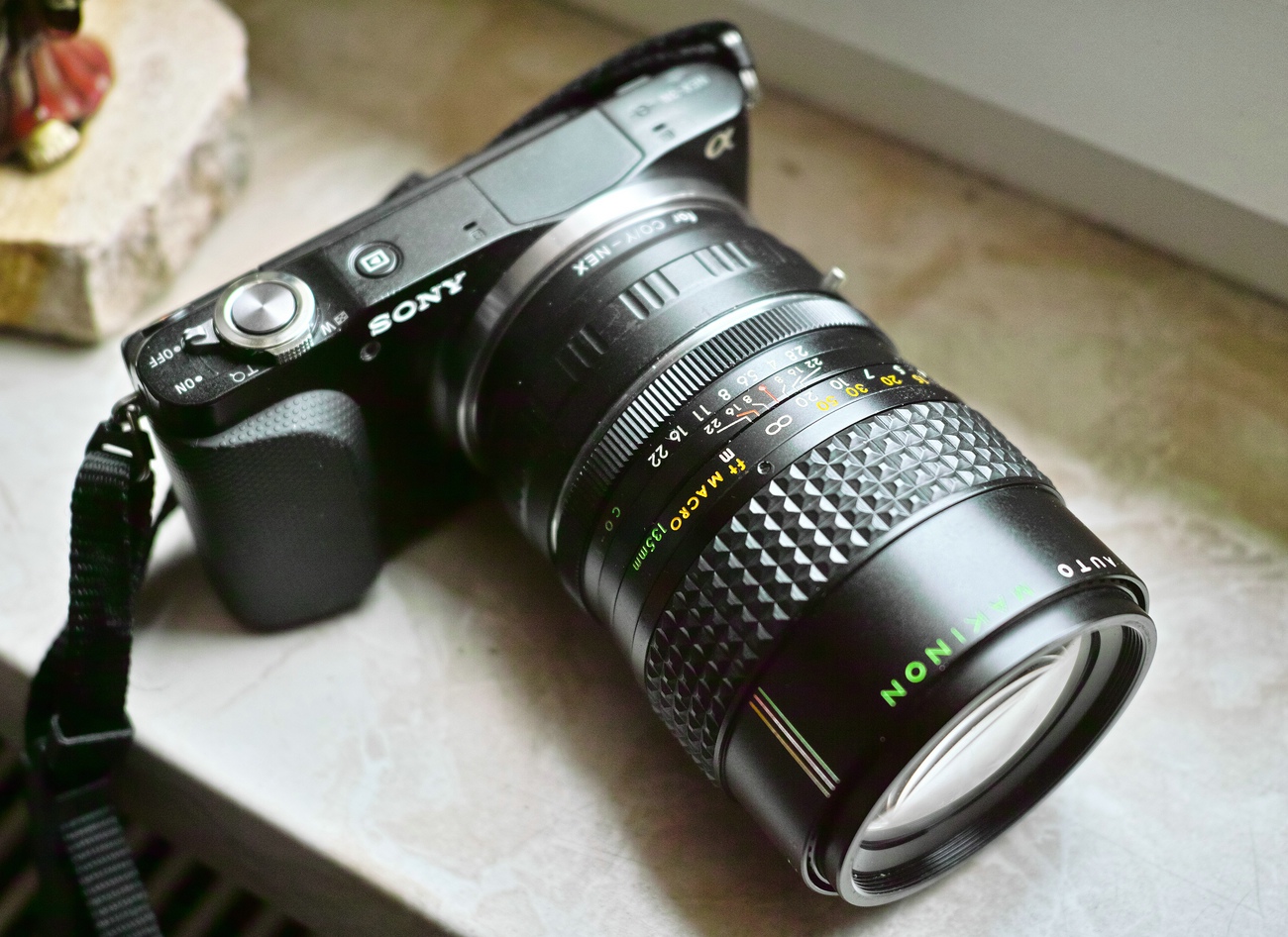 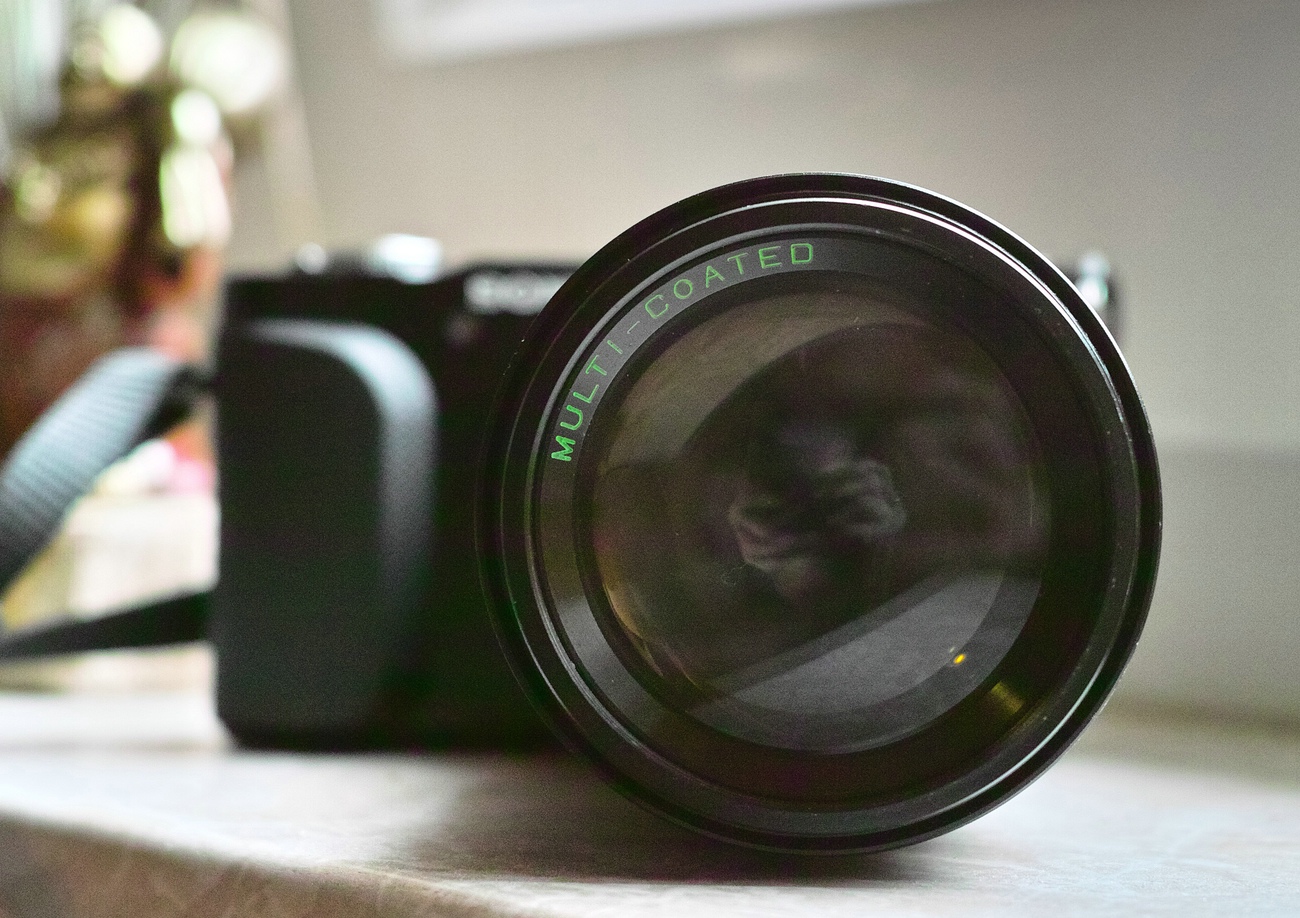 A short visit and a lot of new photos from Jena 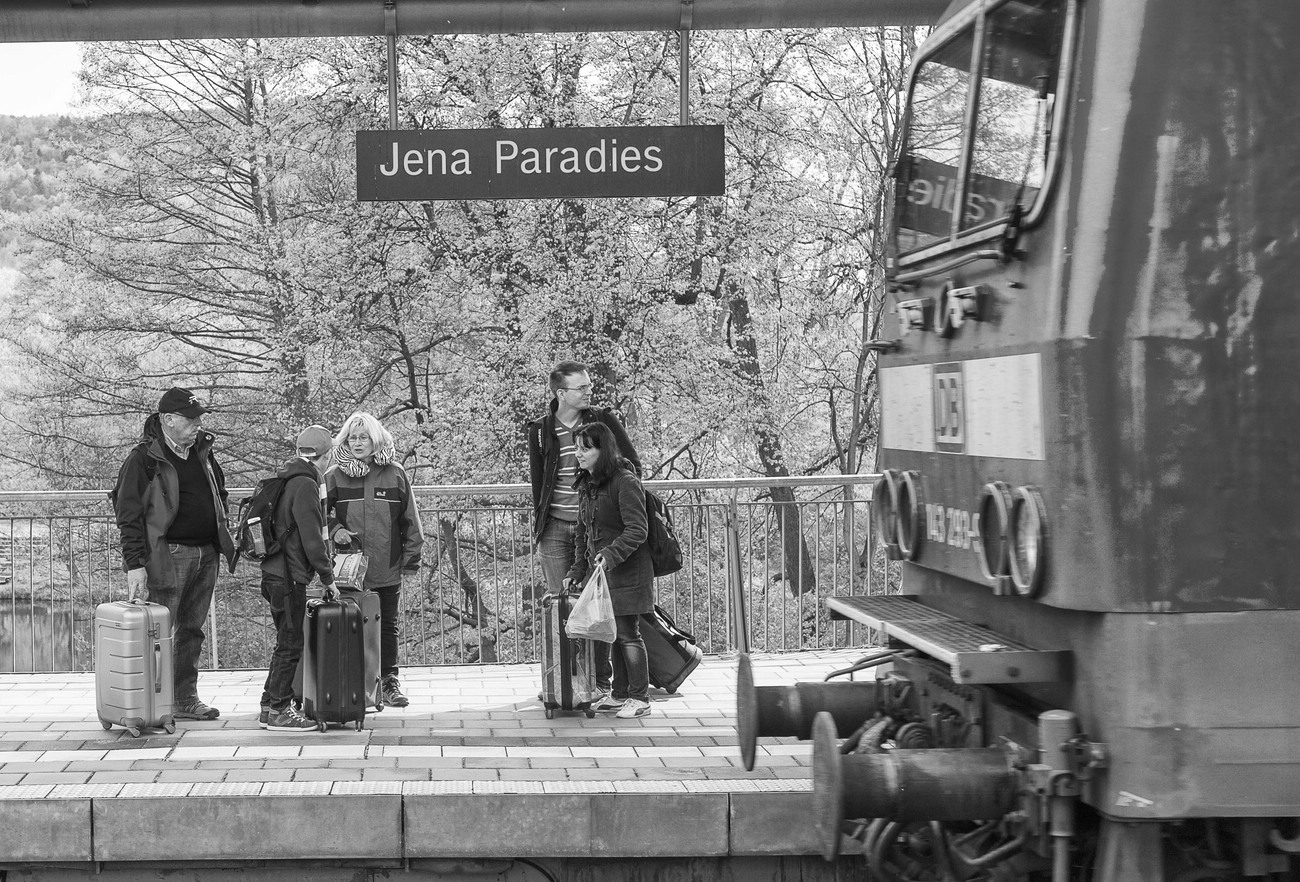 Jena is a relatively small university town with a few natives but countless students.
A few days I am with my alumni went there to see a lecture in the planetarium. Until our train back down, I have the time used to shoot some photos. 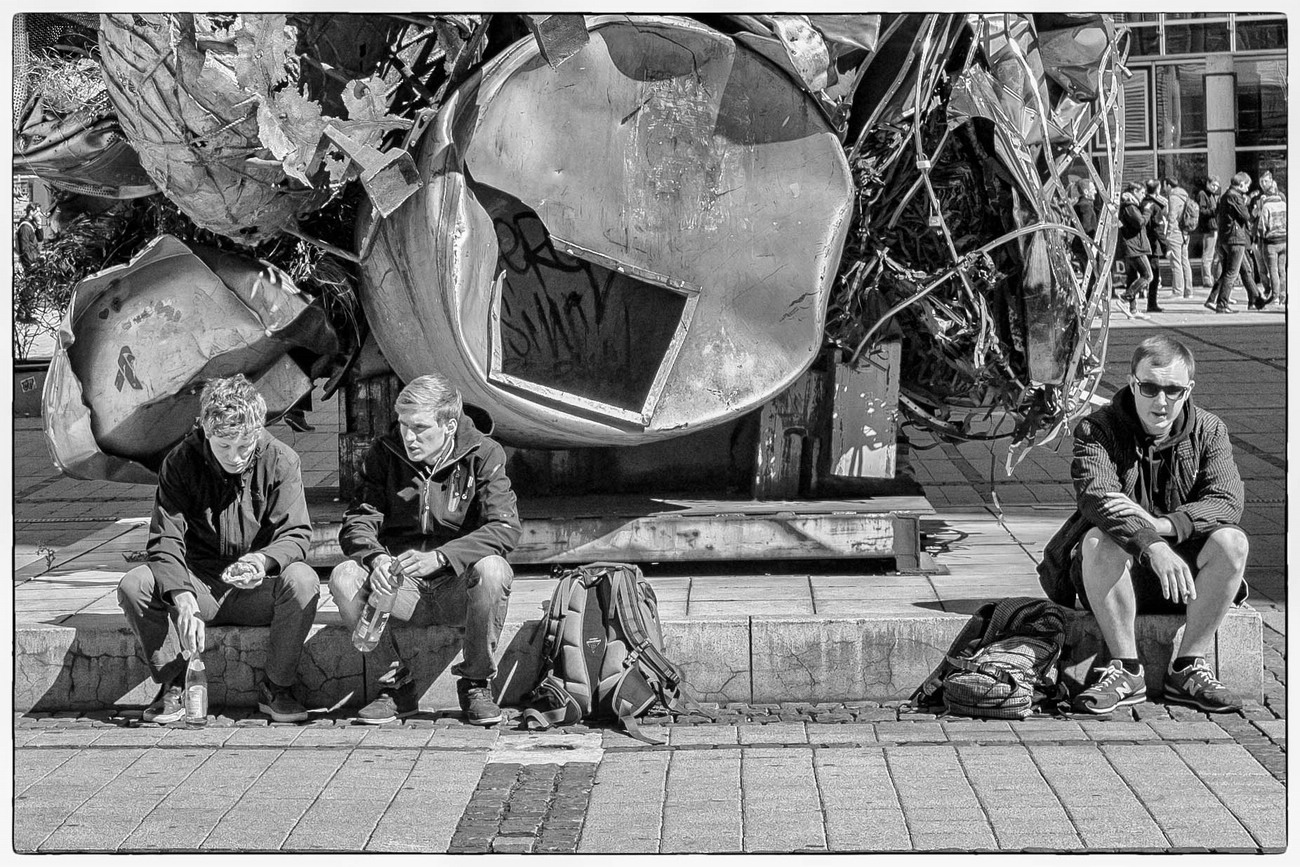 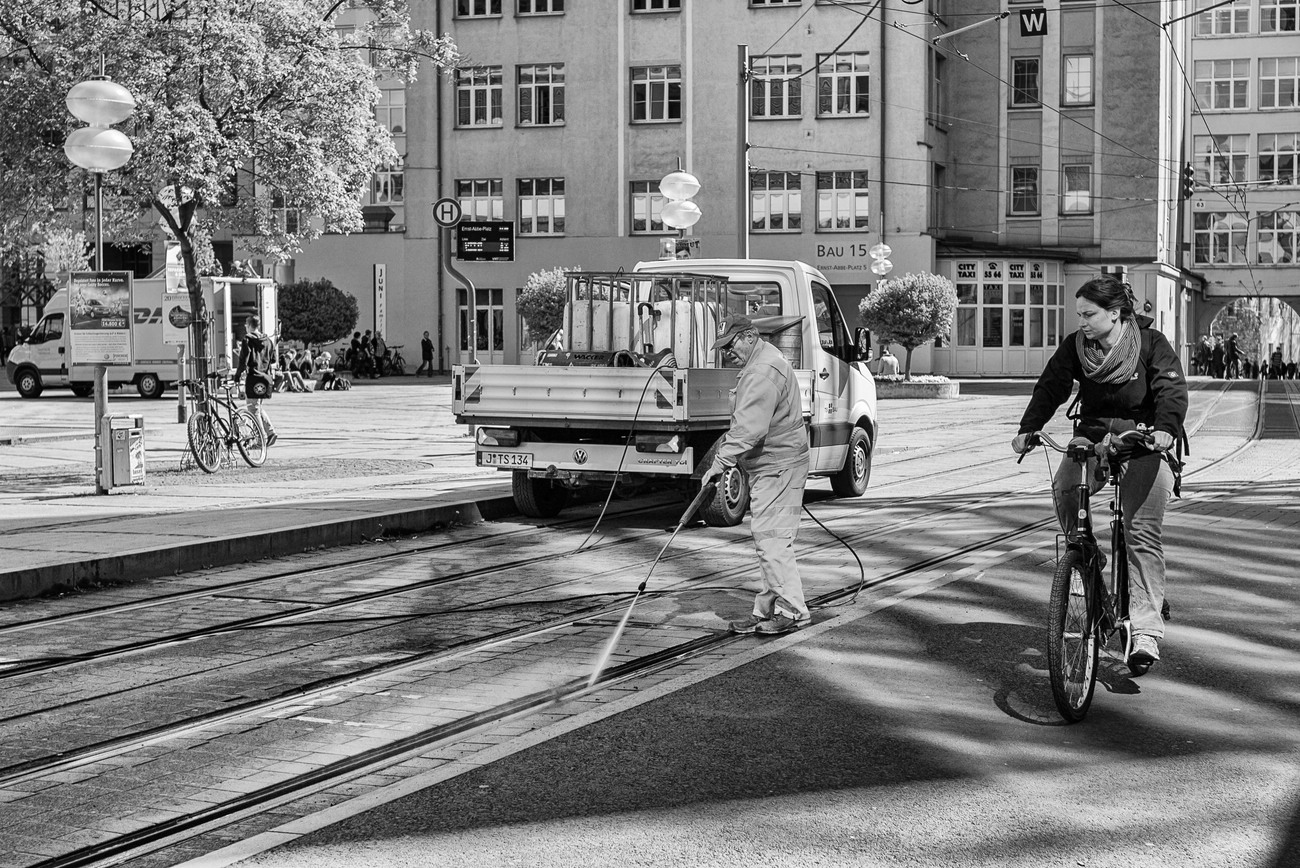 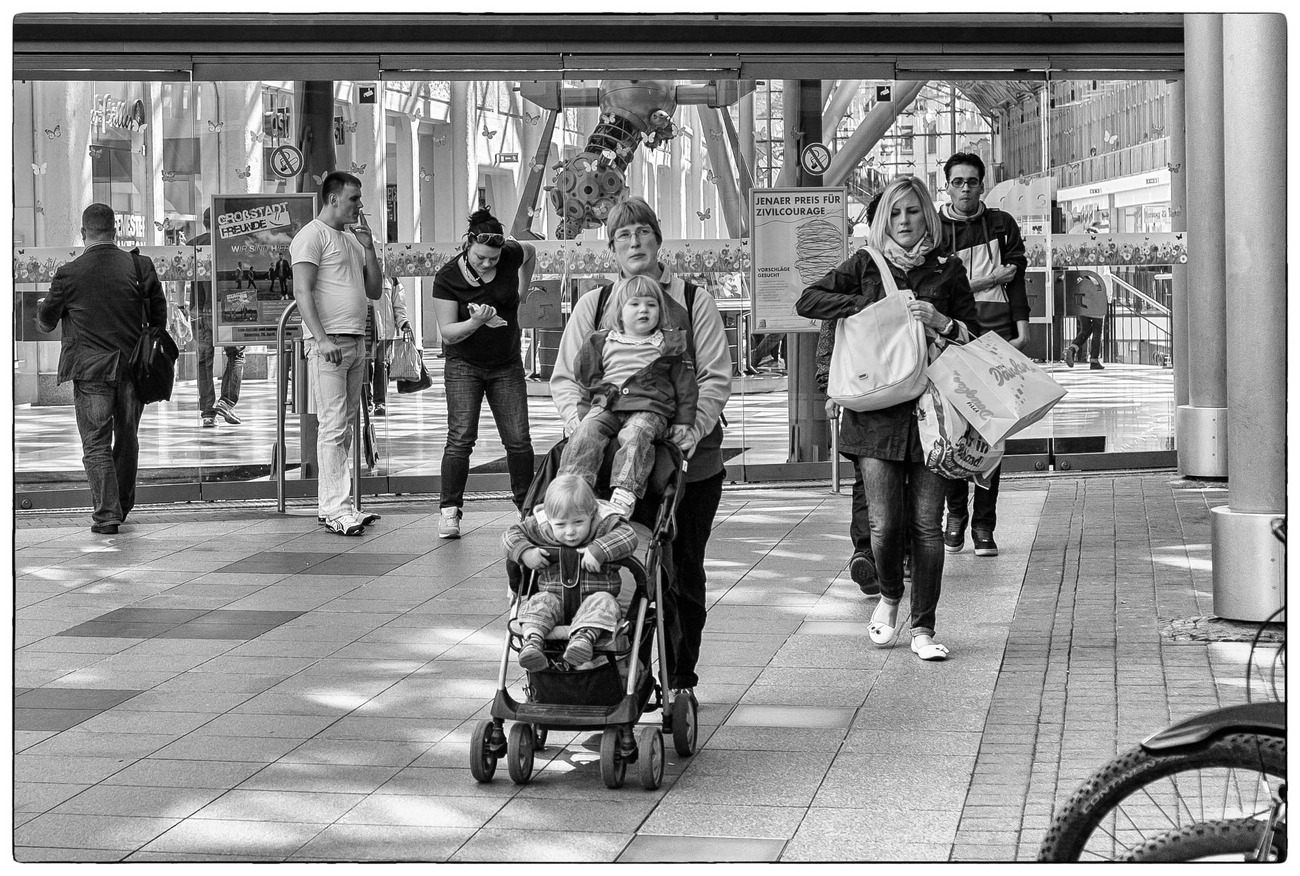 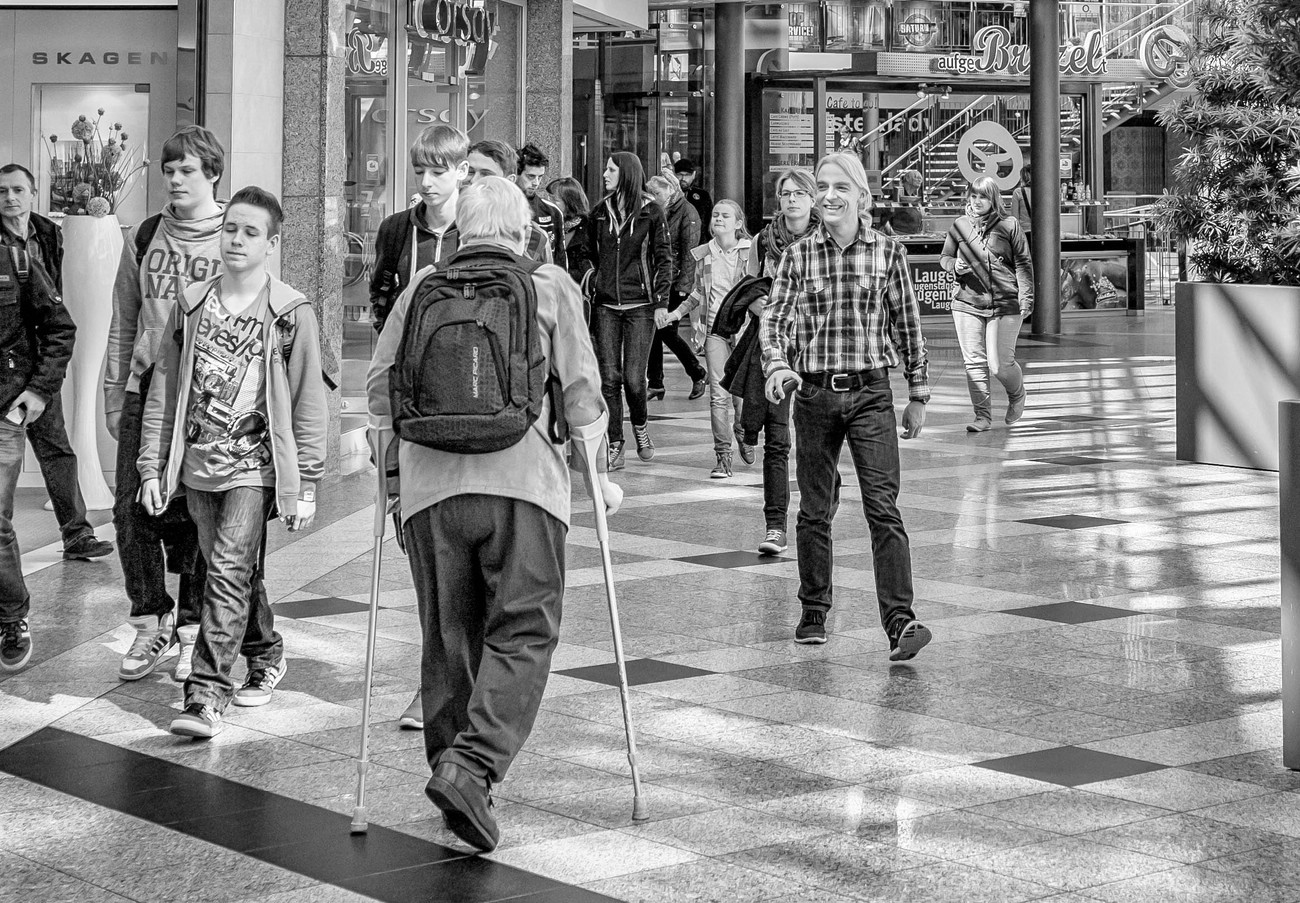 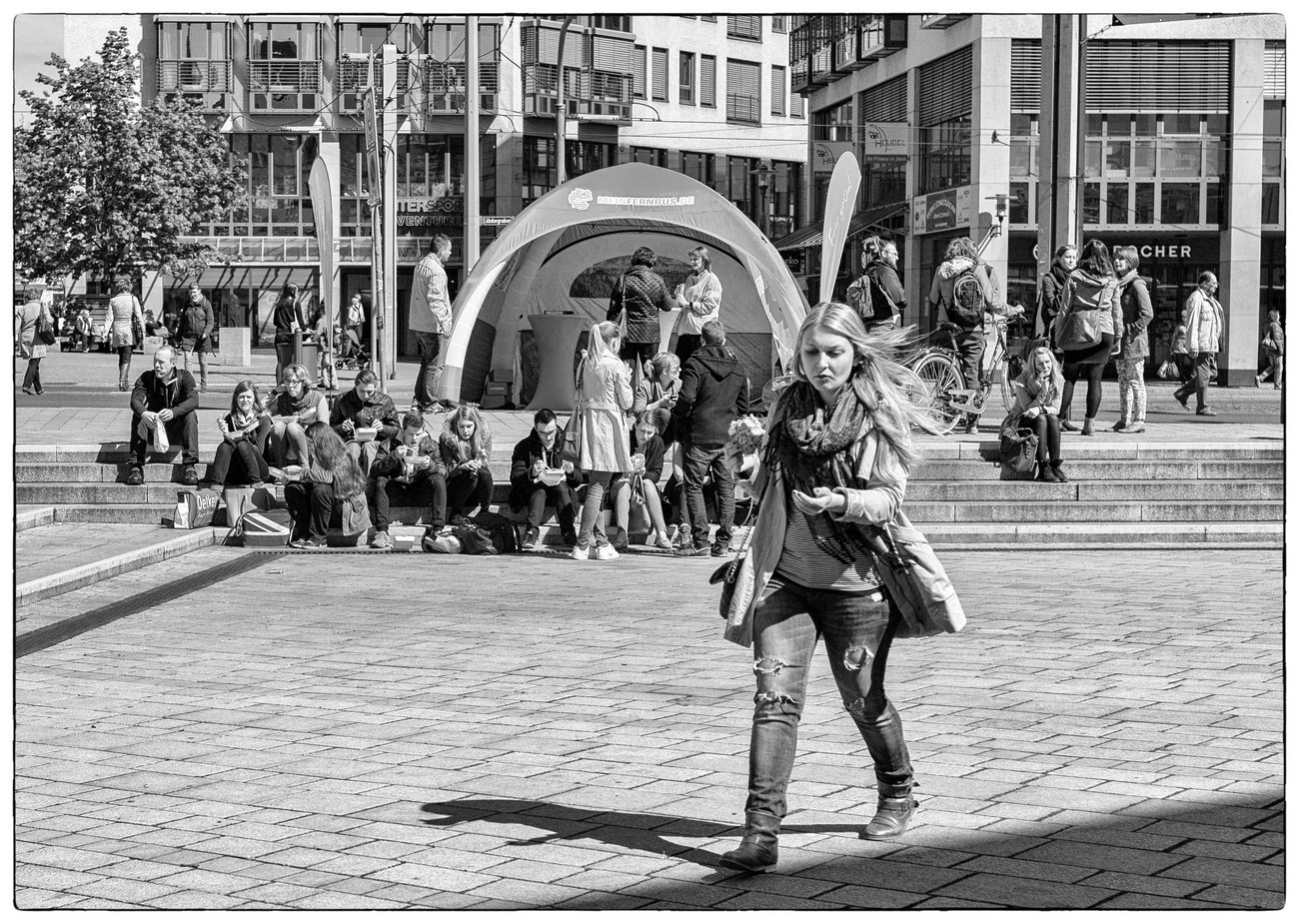 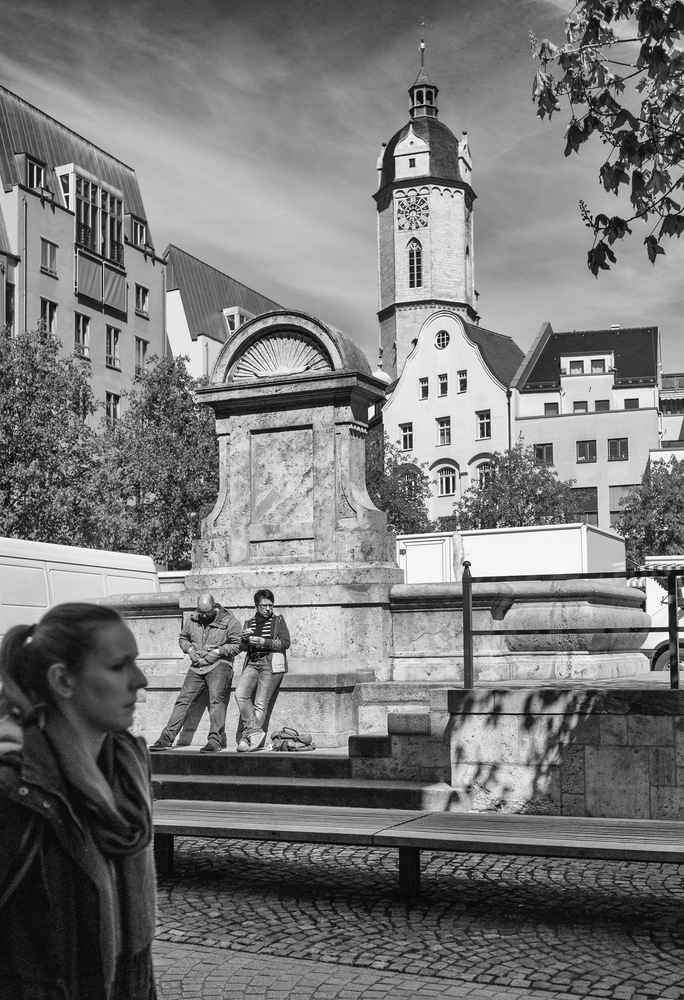 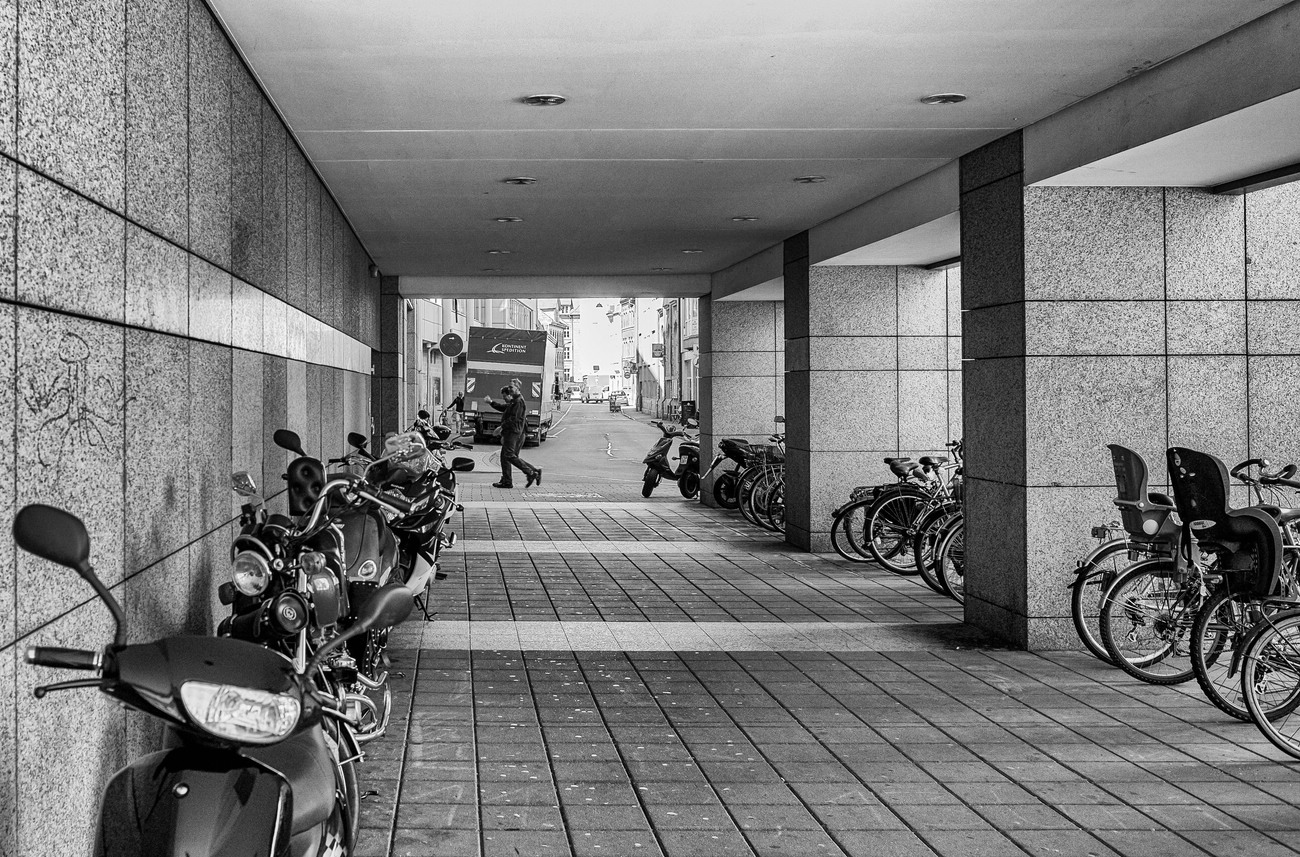 To save weight in my camera bag, I had taken only a prime lens on the Leica. My zeiss Biogon 35mm  I have coded as 28mm Elmarit, which has the advantage that there are no bad vignetting even with more open aperture. But now enough with gobbledegook. Better we now look at the pictures. 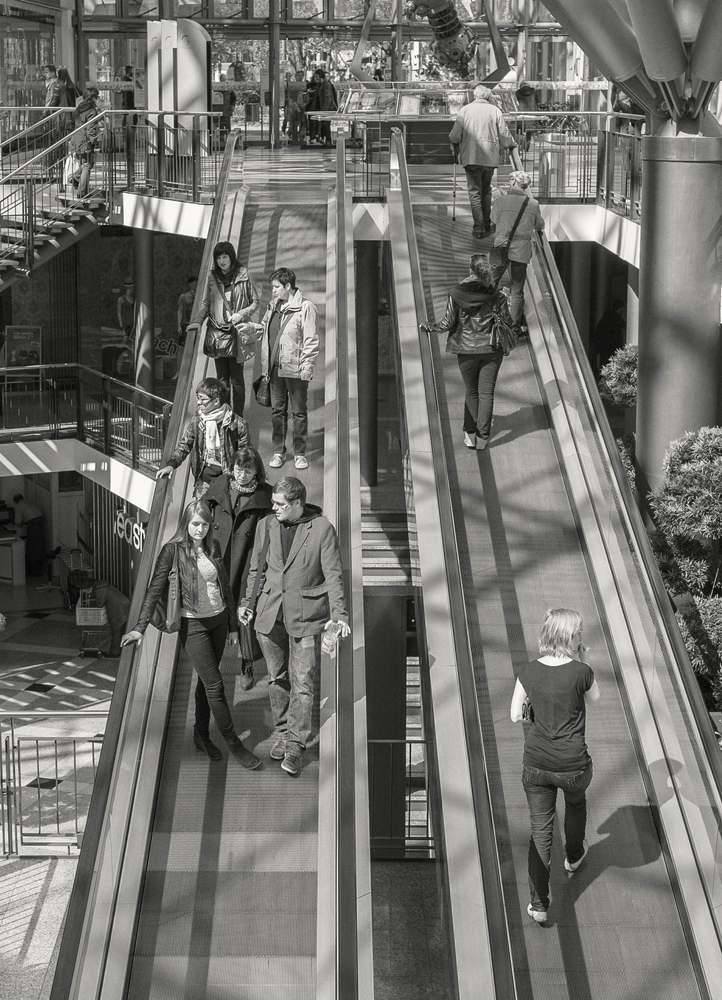 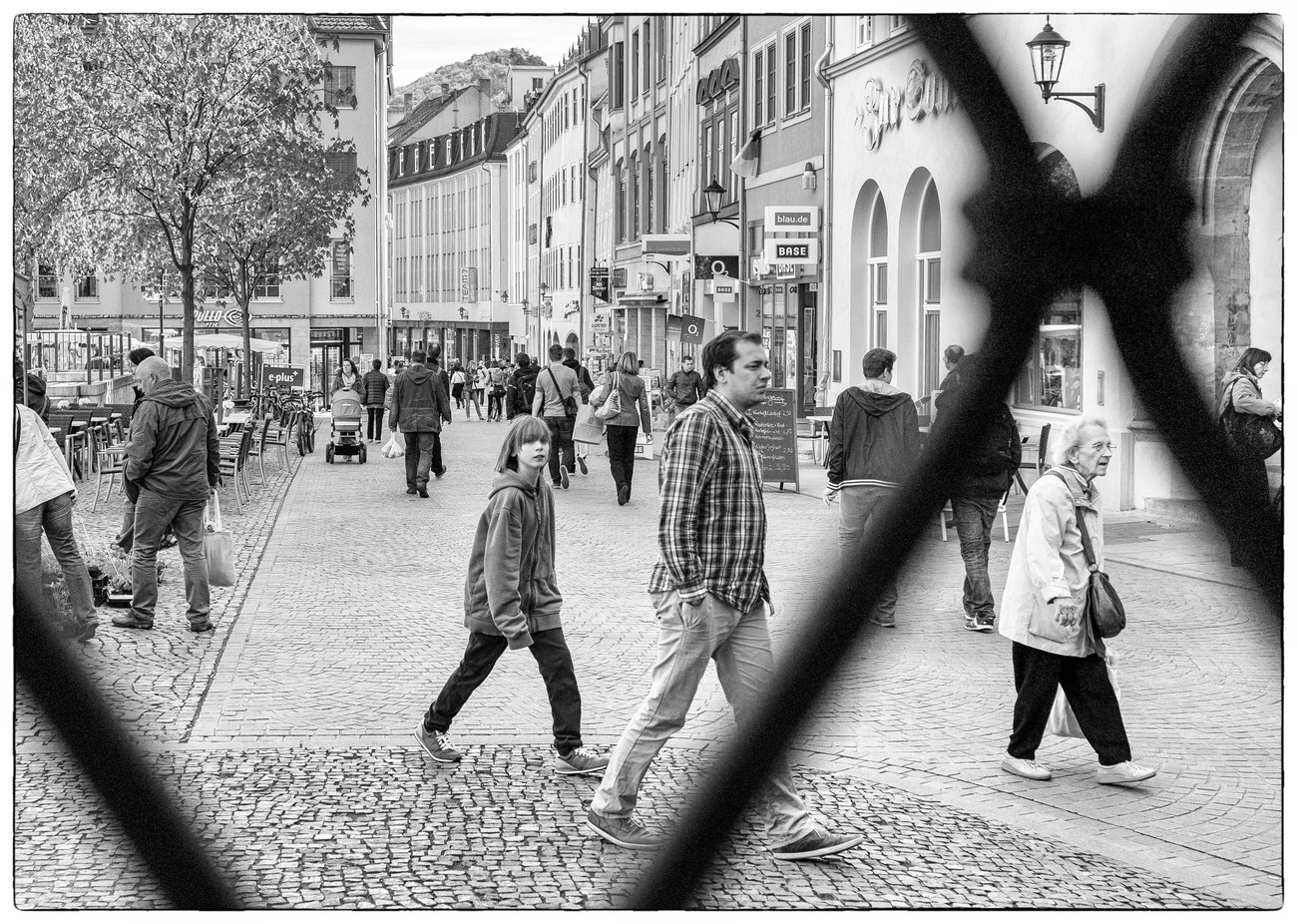 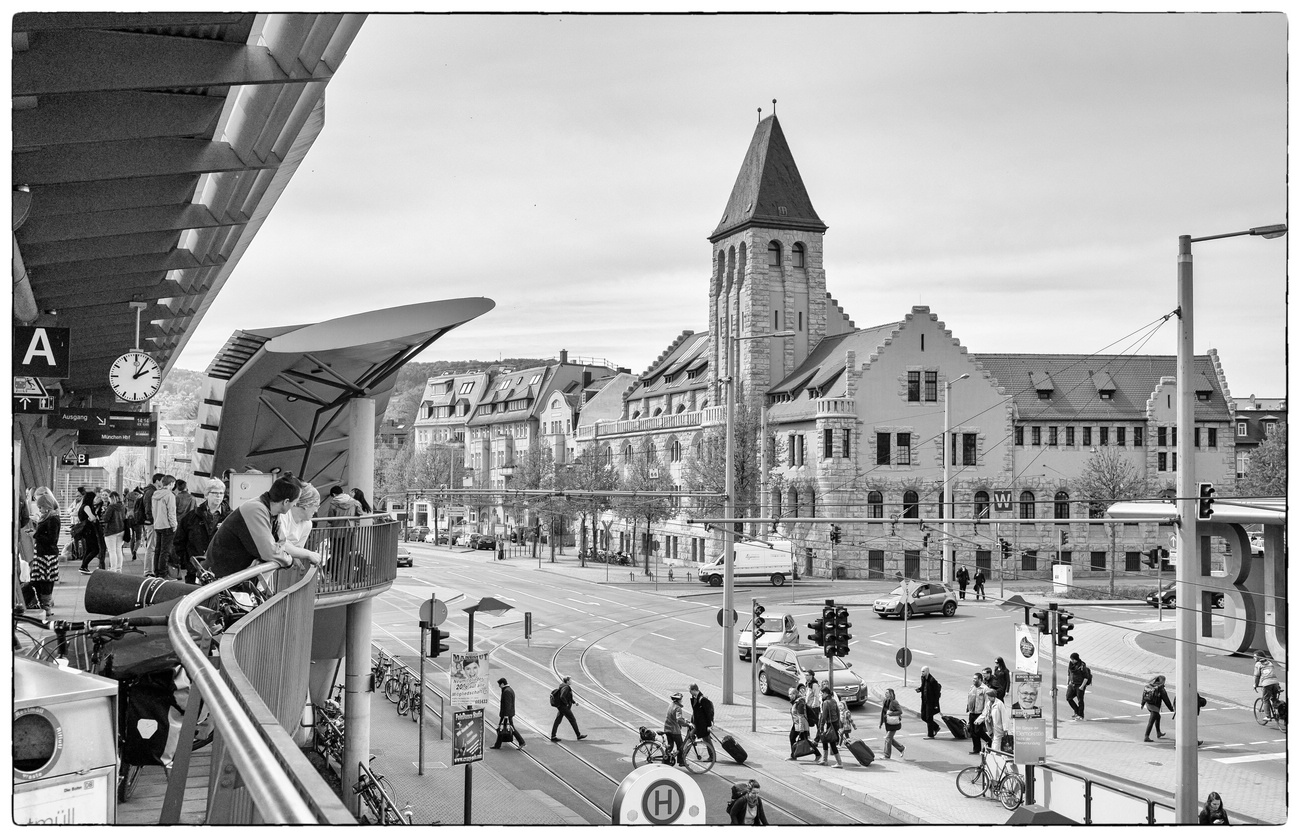 Dancing under the lime tree 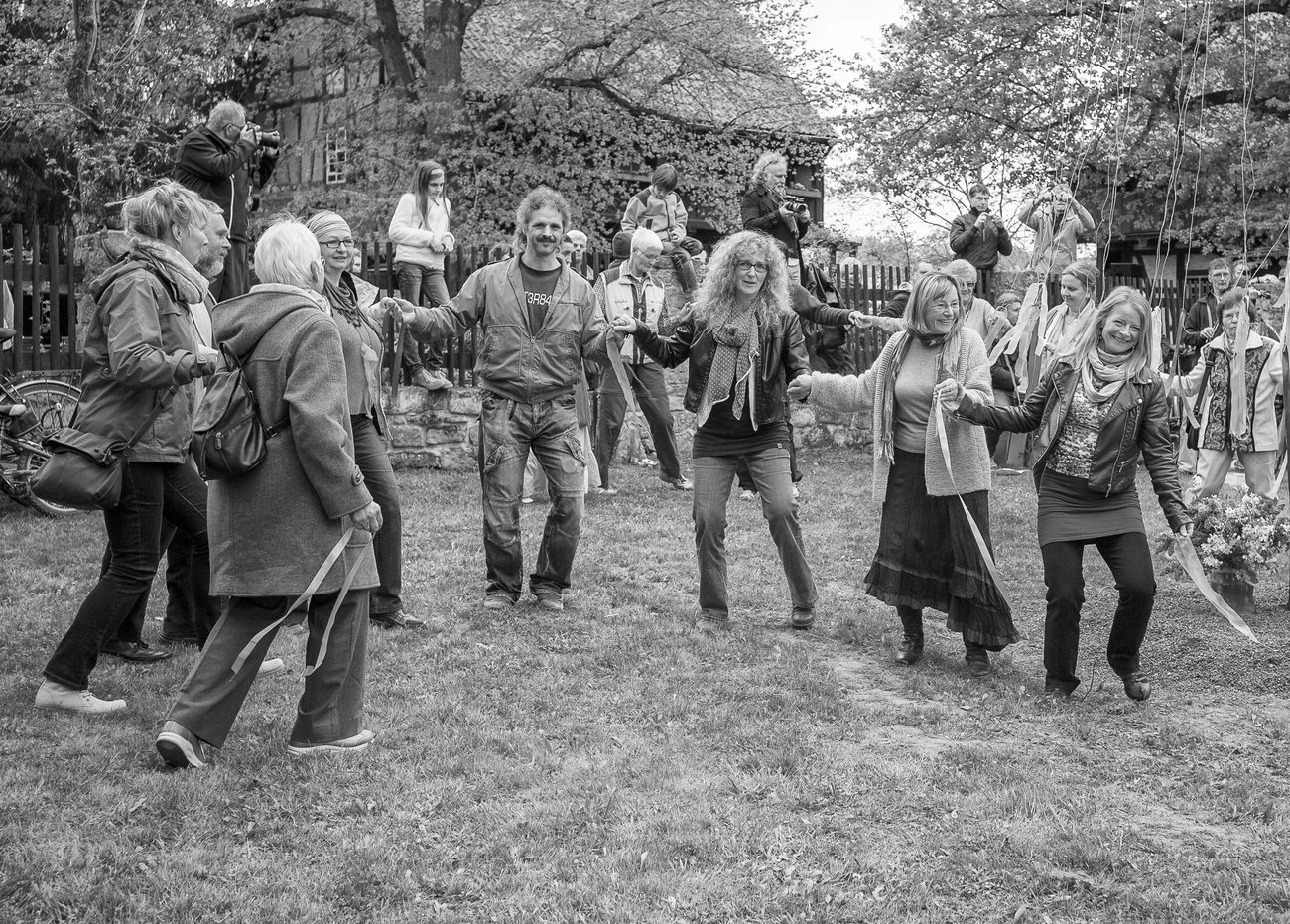 This is not a new kind of national sport. There is an old tradition in Germany. Hundreds of years old linden trees were surrounded with scaffolding, on which was danced in a few days a year. In other words, people danced in the treetops. 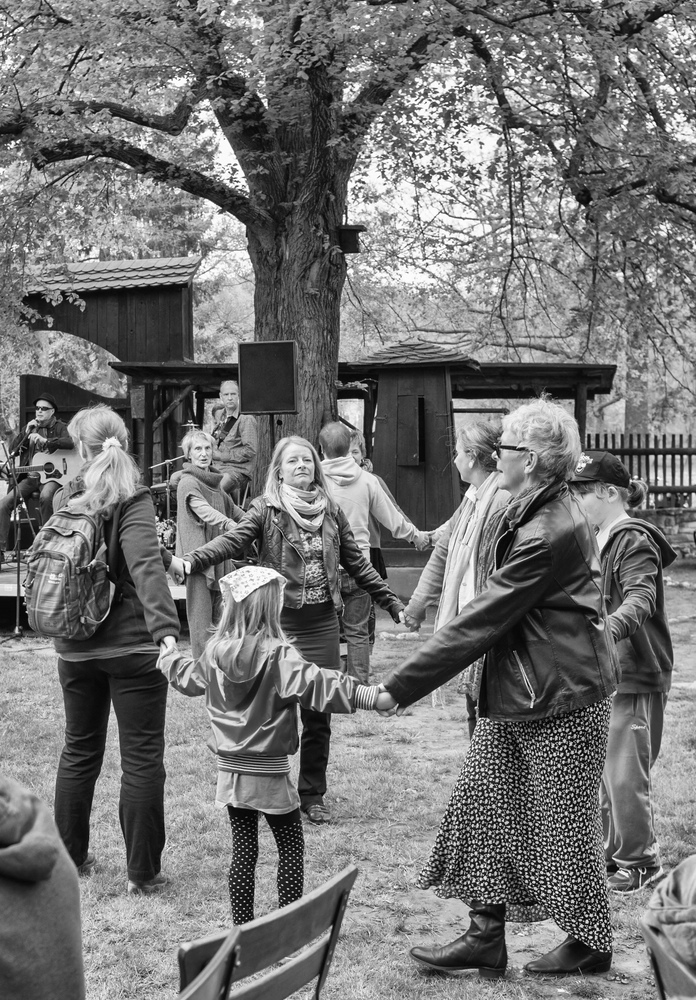 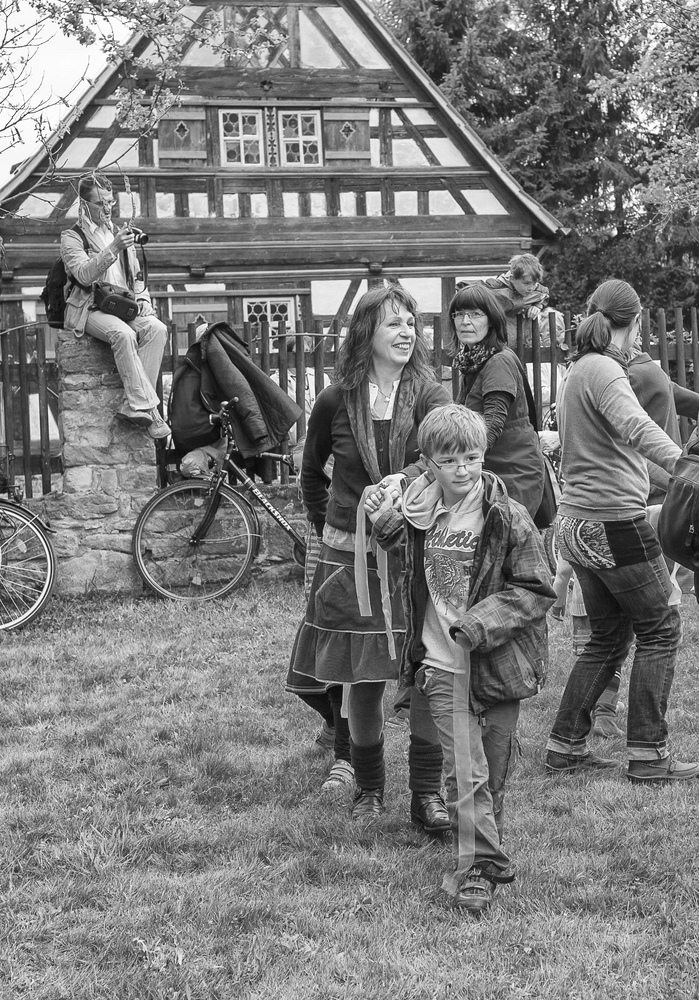 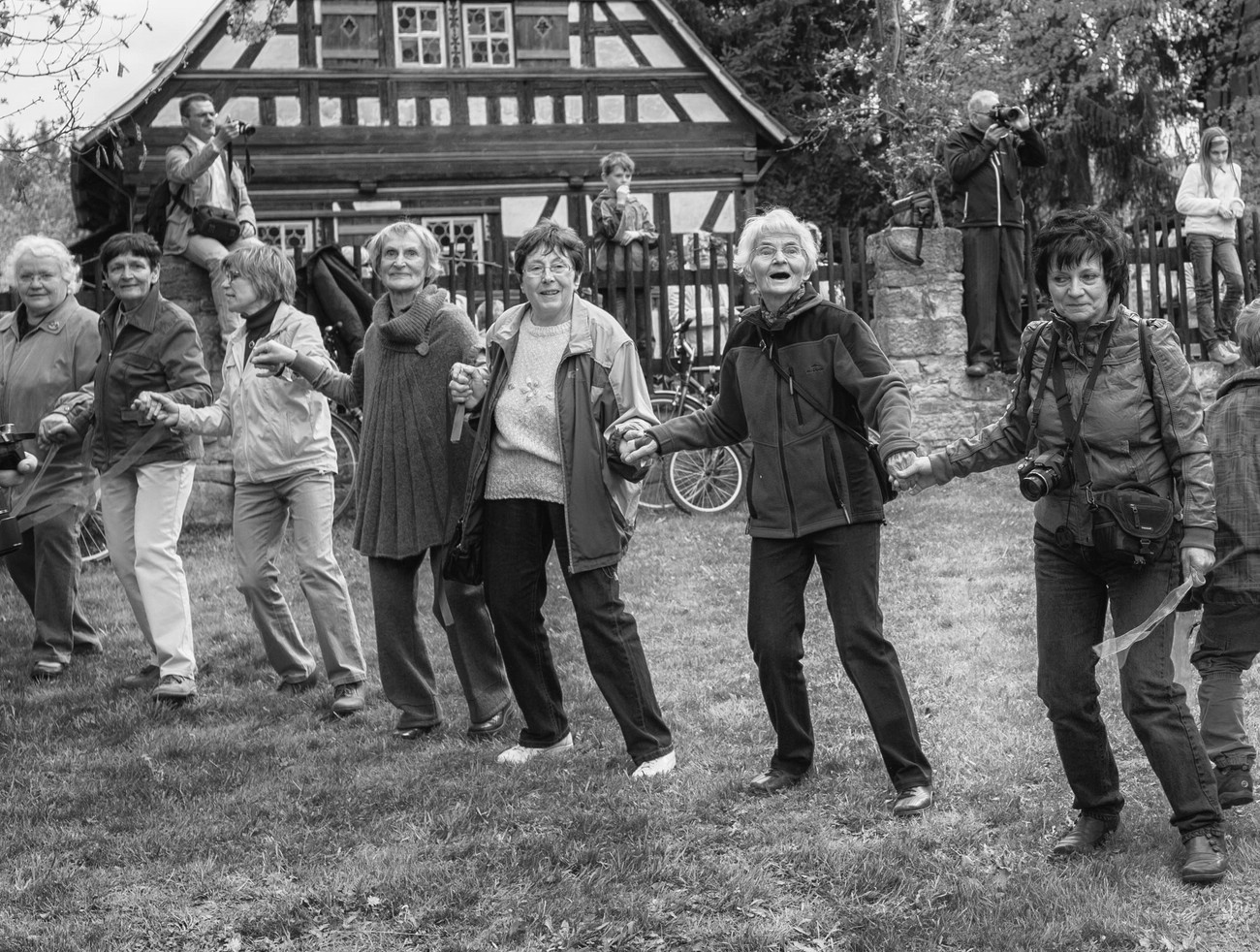 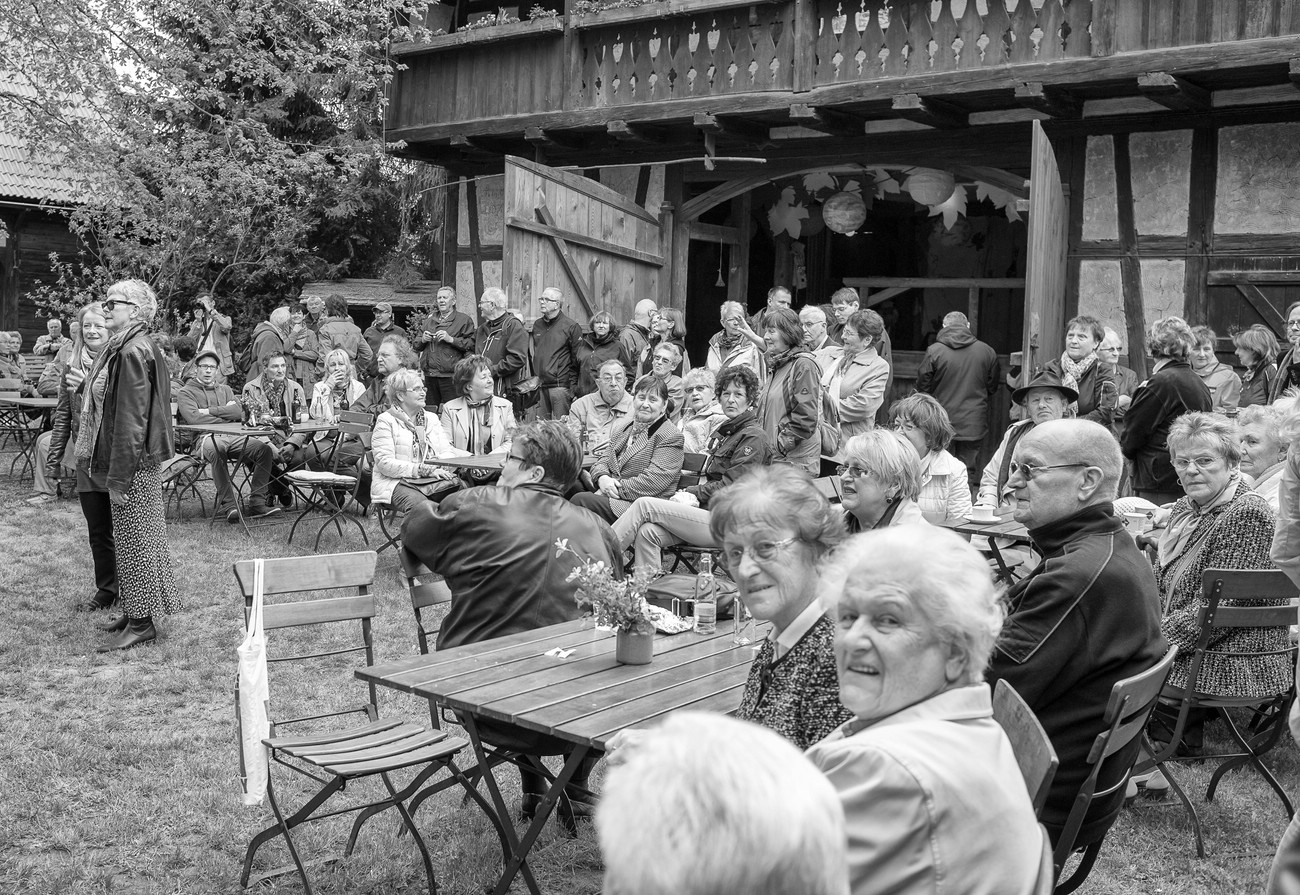 Such dance lime trees have become very rare in Germany. Therefore we try to revive this old tradition. In Rudolstadt-a small town on the river Saale-it is an open air museum. There, a new dance lime tree was inaugurated last weekend. A lot of people have met and celebrated the event there and - of course-dancing around the lime tree. I'm sneaking around with my Leica and have photographed the people there.
The tree is still small and inconspicuous. But over the years it will grow and get bigger. So let's see in a few years after him. 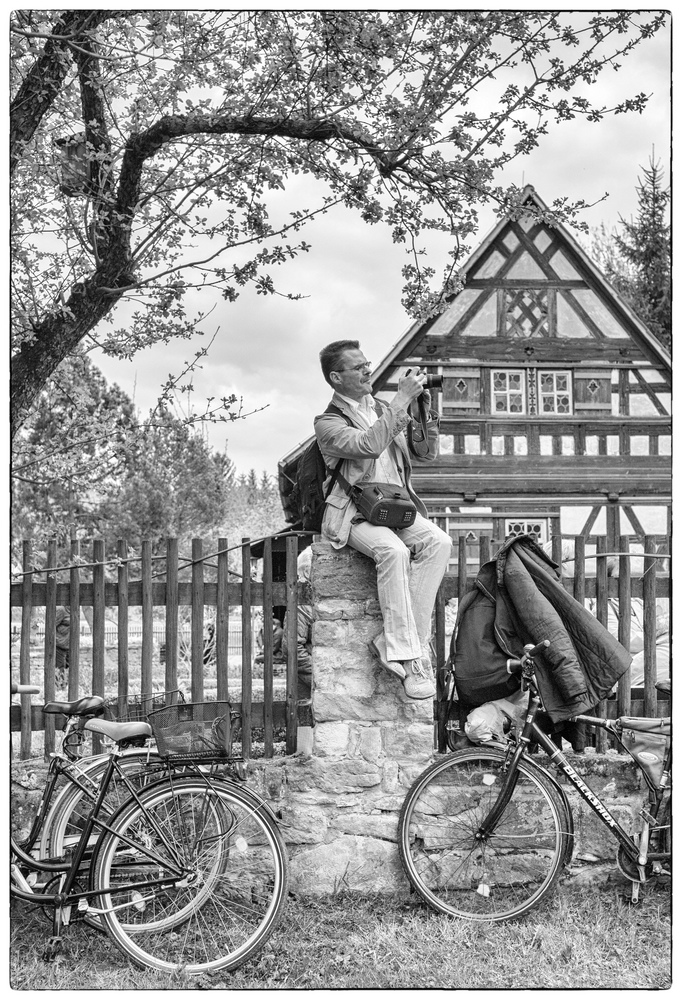 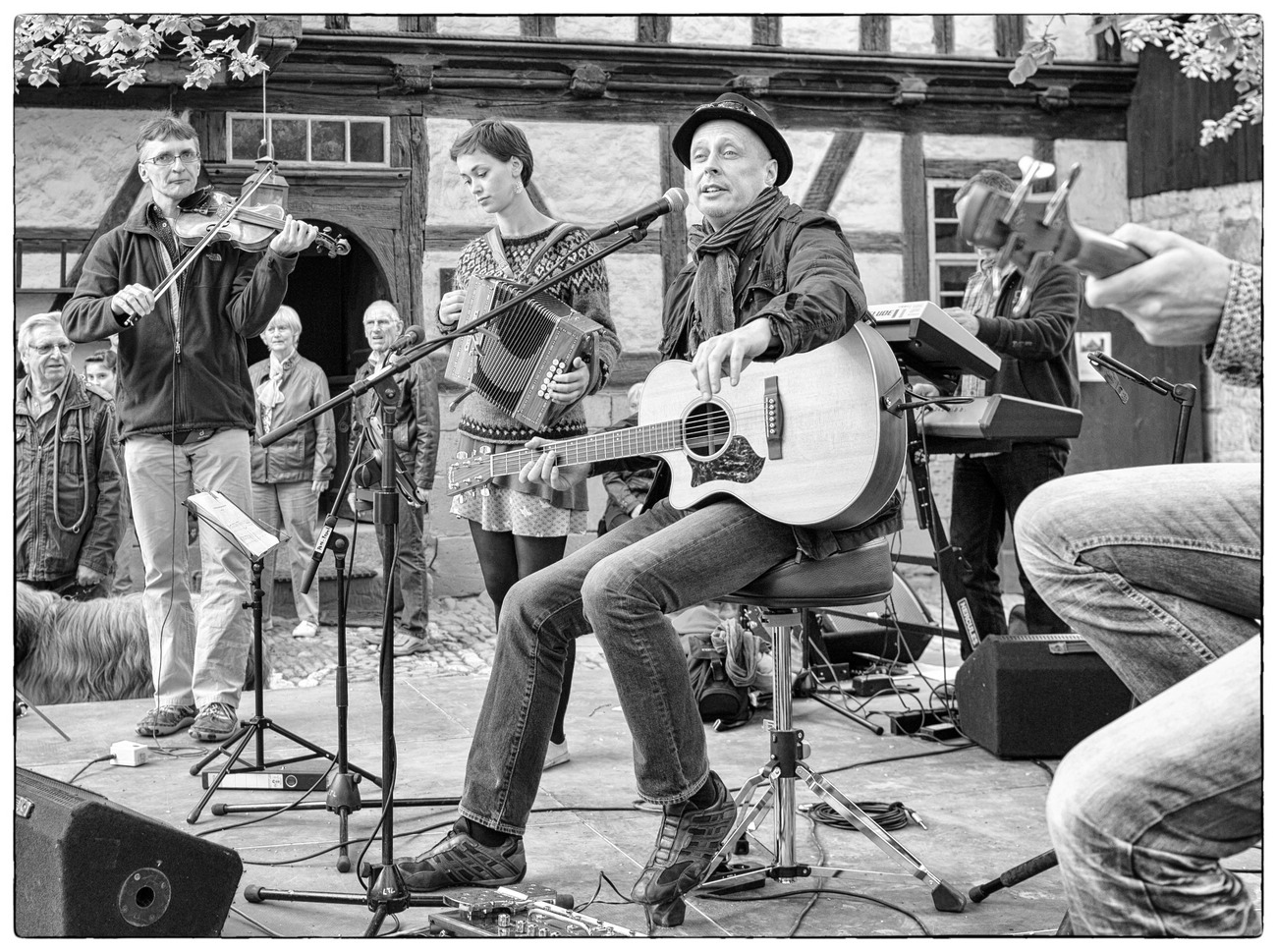