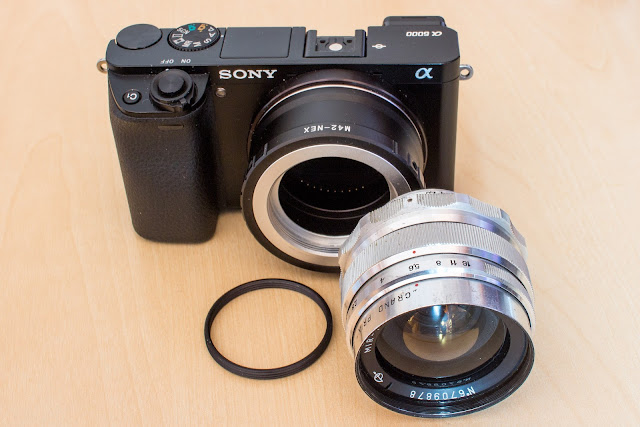 I admit, this is my first Russian lens, which does not have the normal focal length of 50mm or approaching 50mm (for example 55 or 56mm). If you look at EBay or other platforms on the Internet, then there are offered almost only 50mm lenses from the former USSR.
The Mir-1 37mm f2.8 is essentially the standard USSR moderate wide angle lens. The optical formula is a copy from the Zeiss Flektogon. It is available primarily in M42 mount (MIR-1B), also M39 mount (MIR-1), t-mount (Mir-1A) and Russian bayonets like the Kiev-10 or Kiev-15.
At the World Exhibition in Brussels in 1958, a set of lenses, which included Mir-1, was awarded the highest award - the Grand Prix . That's why the engraving "Grand Prix Bruessel 1985" can be found in the upper part of the lens body.
My copy is from one of the oldest silver-colored series of the lens produced in Krasnogorsk mechanical workshop "S.A. Sverev" in Krasnogorsk near Moscow in the late 1950's.
After 1960, production of the silver-bodied M39-mount lens was transferred to ZOMZ in Zagorsk. The engraving in Latin letters indicates that this lens was made for export to Western Europe. These older soviet lenses are relatively cheap to buy. My copy has cost well under 50 euros. At EBay, these old lenses are sometimes sold close to 100 euros, which is really - despite good condition - far too much. But many traders believe (usually quite rightly): every day an idiot gets up and buys me this shi..  Alright, this lens is not that bad.
What irritated me a bit at the beginning:
With a M39-NEX-adapter, however, it is impossible to focus. You also need a M39-M42 adapter ring, only then does the lens work with a Sony E-mount camera. The new versions MIR-1B have an M42-mount and can be easily adapted to a Sony NEX.
The lens has a second peculiarity, which I have not seen in this form: The aperture itself is adjustable without stopping, but you have to adjust beforehand on an additional aperture ring the maximum aperture. How does it look in action? I put on the pre-ring aperture 8 and then I can on the actual aperture ring all the aperture up to the aperture 8 use, beyond that it does not work.

Let's start with the statistical data as usual: 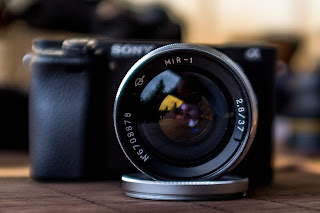 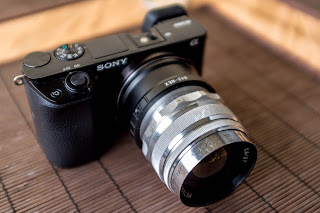 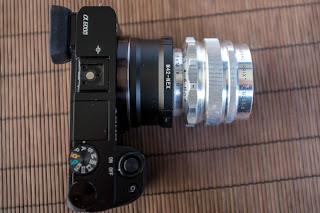 In principle, the feel and mechanics of this old lens are excellent. Nothing sleeps or jams, everything works smoothly. It is made of metal and shows no visible plastic elements. This was to be expected for the 50s and 60s of the 20th century.
Focusing on a subject is easy with a very long focus path. With the help of focus-peaking on the modern DSLM cameras from Olympus, Fuji and Sony, the focus is easy. The initial aperture of f/2.8 is not exactly the burner, but stand out of the motifs from its background is possible.
What about the picture quality and the behavior of the lens in different lighting situations?
As with many old lenses, the images are slightly milky and low in contrast with the aperture completely open. The sharpness in the center of the image is fine, but it drops sharply towards the edges of the image.
Here are two shots at f/2.8 that prove this well. The lower image is a one hundred percent enlargement from the center of the image. 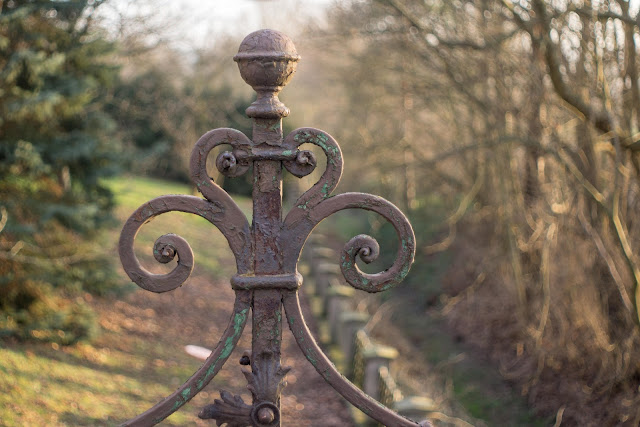 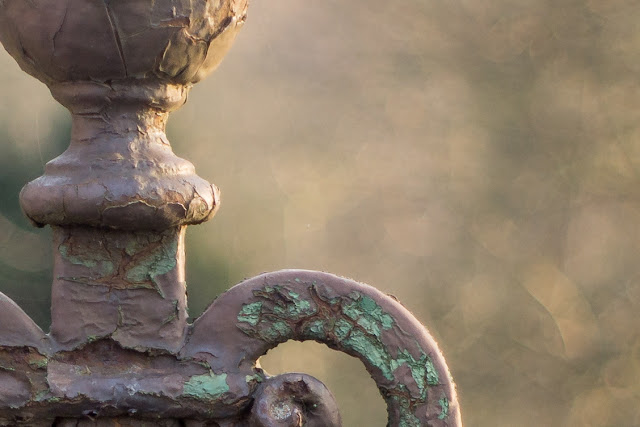 It's enough to make the picture sharp even up to the edges, when you stopped down to f/4.0 to f/5.6. On the enlarged picture the bokeh is good to look at - it is calm and very creamy.
In the backlight, the MIR-1 lens shows incredible flares. I have not seen anything like that before. Look at these  pictures: 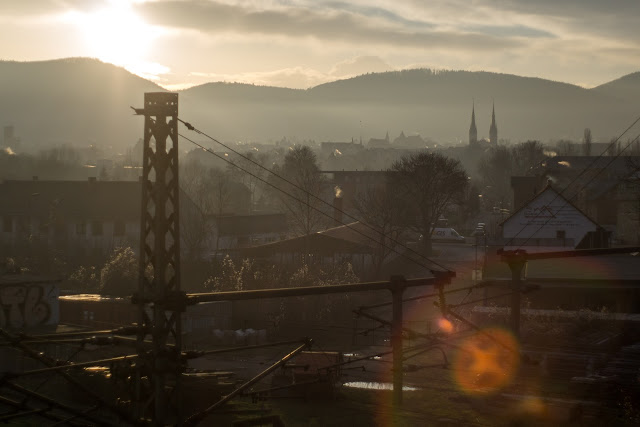 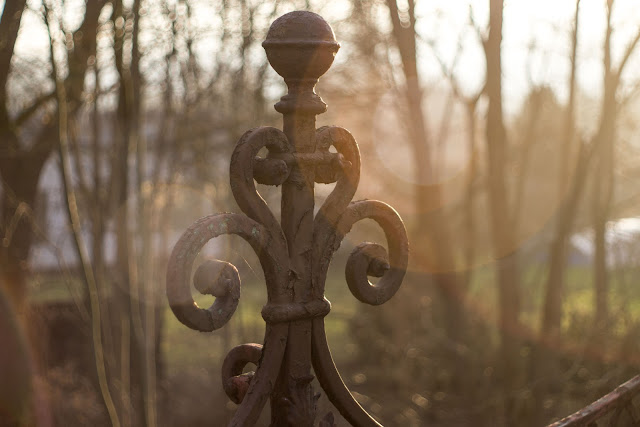 The glass used must have a strange coating. Unfortunately, the sources on the Internet do not reveal any information about it.
Significant vignetting I have not noticed in my photos. Even image bulges or distortions are weak. Well, 37mm is also a very moderate wide-angle lens. In addition, I have tried the lens only on an APS-C camera. For a full frame camera like Sony a7(x), it could well show some flaws.
I noticed very positively that there is hardly any purple fringing. Neither strong contrast edges nor open aperture can be seen any conspicuous color fringes. This may be due to the simple optical structure and good calculations of the Zeiss Flektogon.
Let's summarize: despite its age, the lens is still a very good performer. The photos are a bit stopped down, very rich in contrast and sharp. The focal length is ideally suited as a walk-around lens on a full frame. On an APS-C camera, we are already slightly beyond the normal focal length of 50mm (37 mm in full format correspond to about 55mm on an APS-C camera). For portraits, the focal length of 37mm is too short, for landscape too long. Maybe she could be used in street photography when the Motifs are far away.
Finally, here are a few photos that I have shot in recent weeks with this lens: 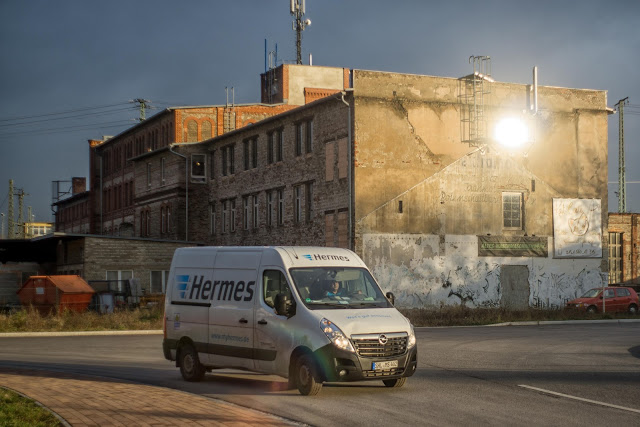 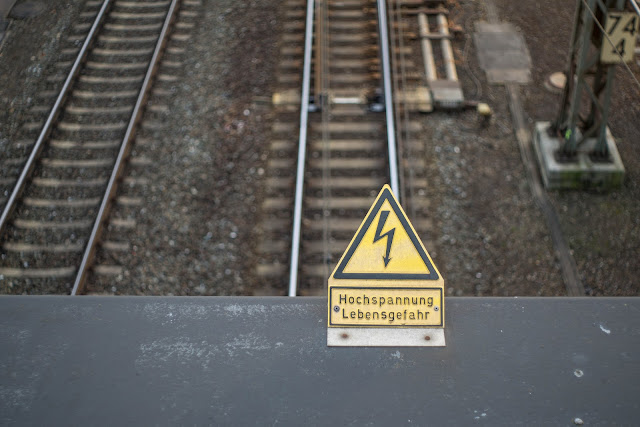 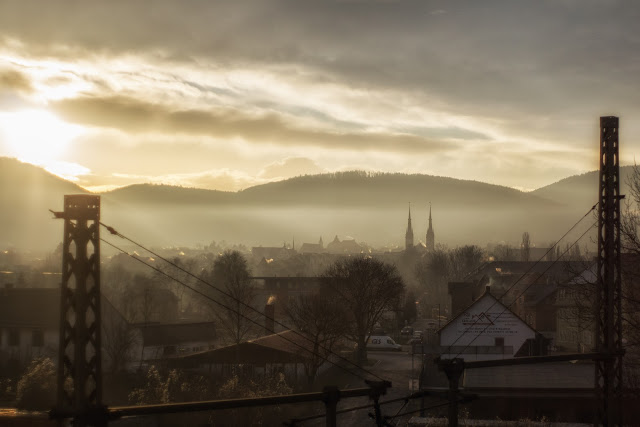 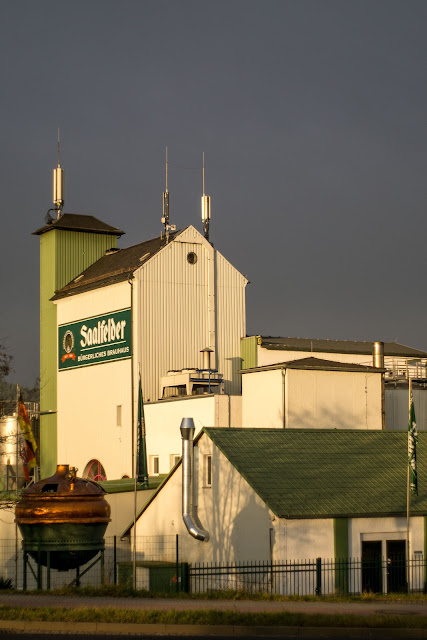 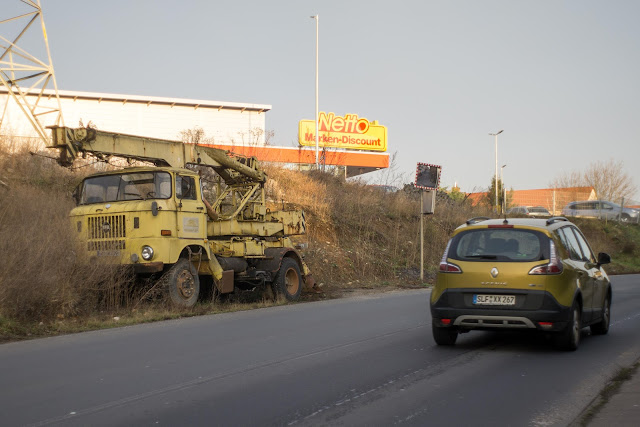 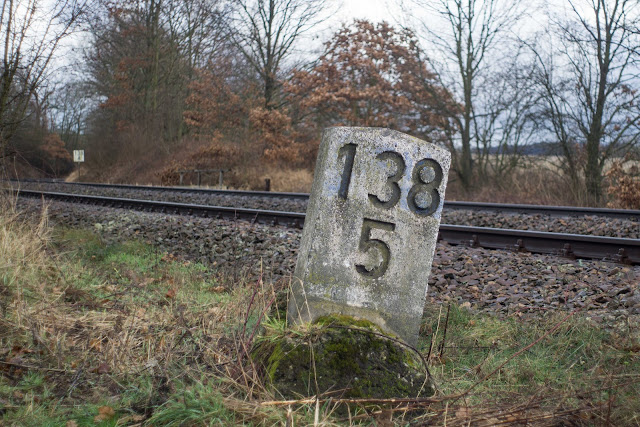 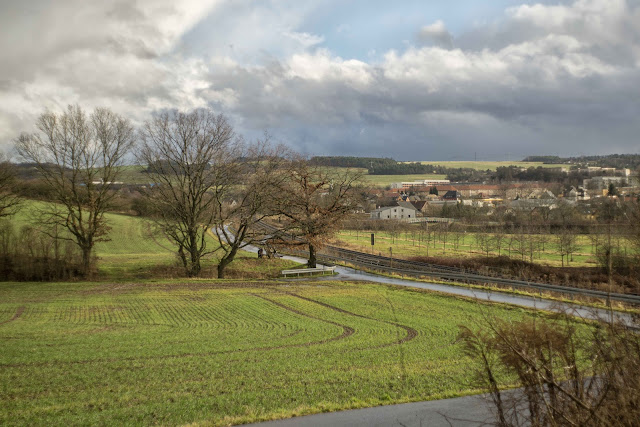 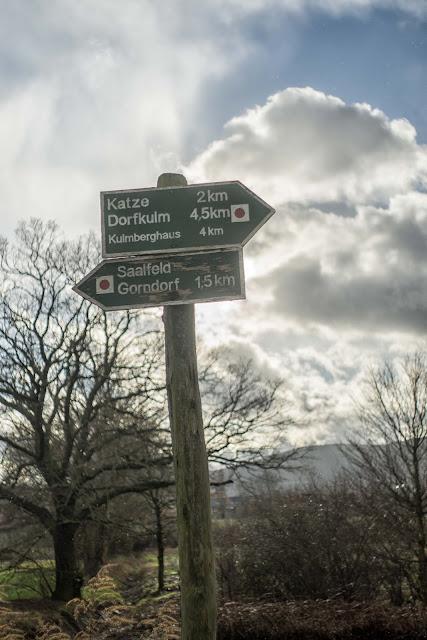 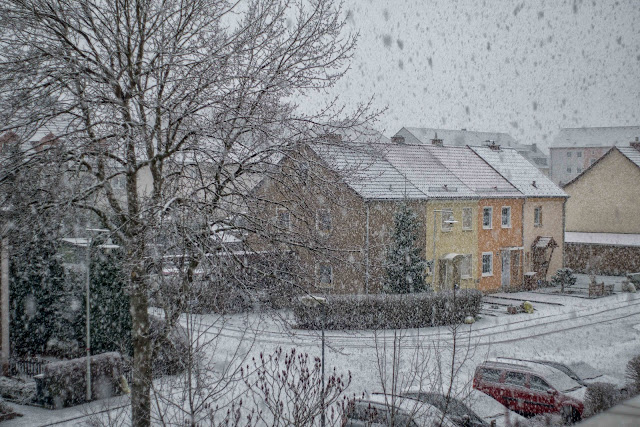 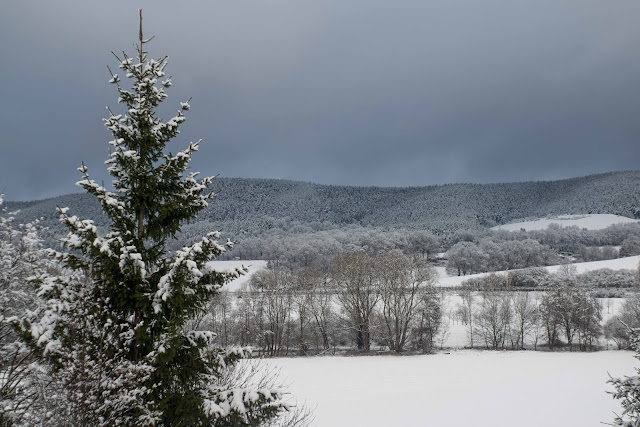 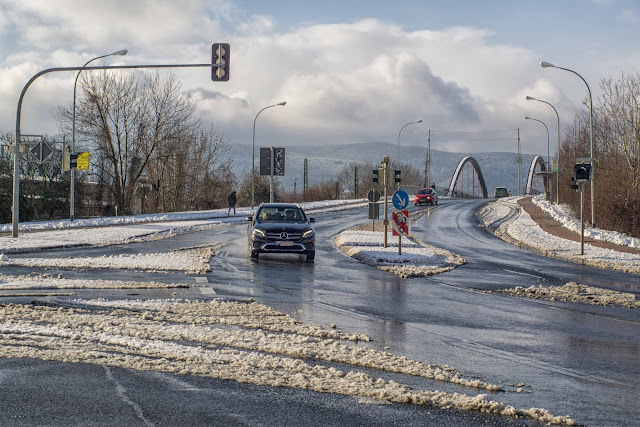 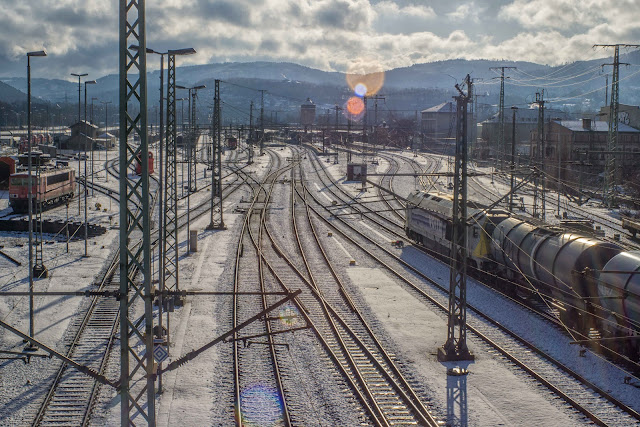 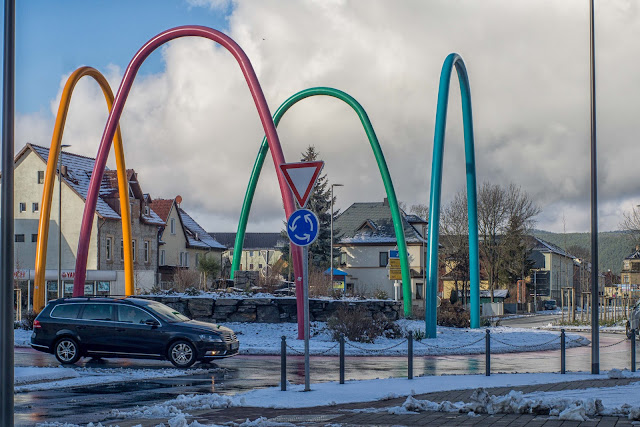 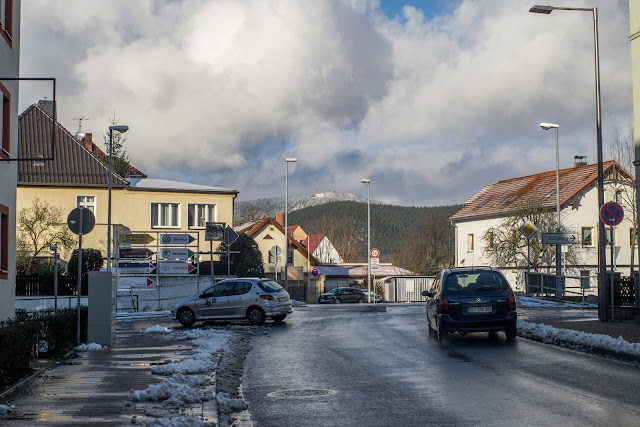 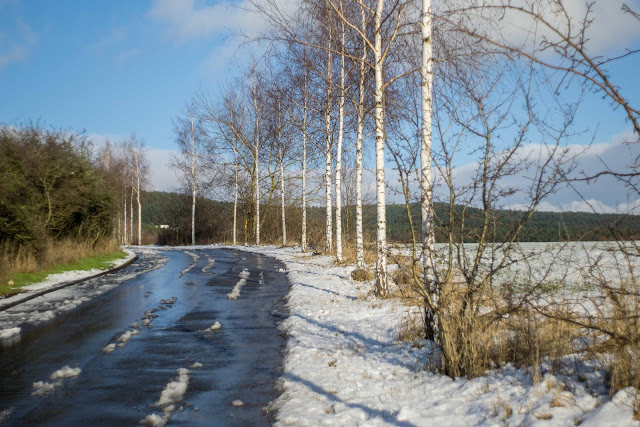