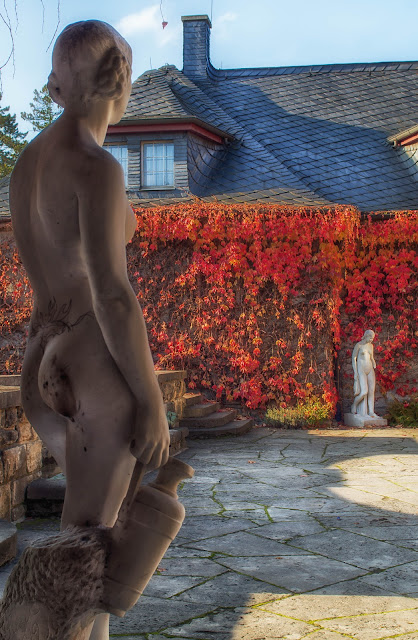 As the last 28mm lens I would now like to introduce the newer Canon FD 28mm f / 2.8. I bought my copy some time ago for about 30, - Euro in a forum. So far I have not had time to deal extensively with this often praised lens.
Although many photographers - especially in interplay with the Sony a7 series - have presented this lens, I want to add my two cents. I am particularly interested in the comparison with other 28mm lenses.
As always, we come to the technical facts:

The lens is solidly built of metal and the focus ring has excellent grip. The focal length is average long. The photographer has no problems to adjust the sharpness exactly to the point.
With my copy I had some trouble to move the aperture ring. Maybe the cheap adapter from China is the reason for this. The FD-NEX adapter is comparatively narrow to an M42 or Nikon Ai adapter. This means that the combination of the adapter and the lens is not too copious. 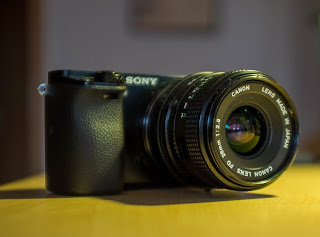 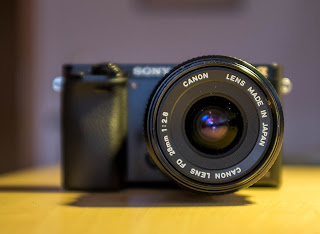 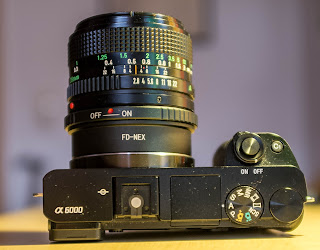 Let's get to the picture quality. In contrast to many cheap lenses of the present (for example the Neewer 28mm f/2.8), not only the center of the image is sharp in open aperture. Also the edges of the picture are acceptable to good. With little stopped down to aperture 4.0 the lens has already reached the optimum of sharpness. Further stopping down brings no more advantages. The distortions are tolerable. You can clearly see it with horizontal lines. But this is good to correct in Lightroom or Photoshop.
The bokeh is a bit uneasy, but it has - totally untypical for Canon - the swirly character of the old Russian Leica replicas and the German Görlitz lenses. 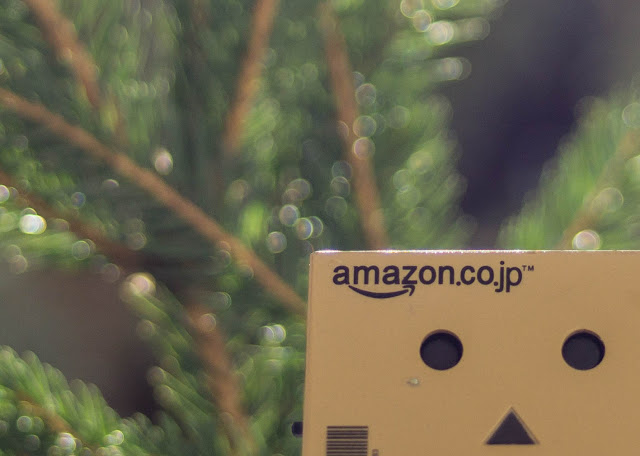 In the frontlighing, the Canon FD 28mm is quite modest even with open aperture. Nevertheless a lenshood is highly recommended, in order to avoid strong flares. 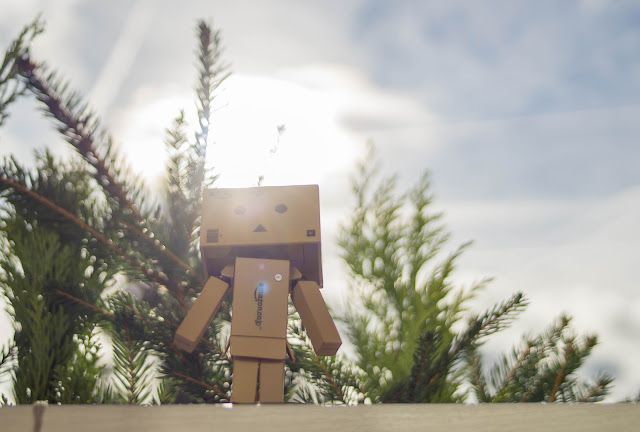 Let's compare some 28mm lenses. I have made some comparisons with other 28mm lenses. The camera (Sony a6000) was mounted on a tripod parallel to a bookshelf.  I have always photographed with open aperture and fixed sensitivity of ISO 100. Add a "mirror lockup" of 2 seconds to avoid camera shake.  Here are the results:


Actually, there are no big differences at the first glance. When zooming up to 100% of the original photo, the photographer already sees significant differences. The sharpness in the center of the picture is quite good for all lenses. There are clear halos with the Vivitar 28mm f / 2.5. The photo appears somewhat milky and blurred as the comparison lenses.  If you then look in general direction of the picture edges then only the Neewer 28mm falls clearly in the picture quality. The other lenses are average to good. The distortions are clearly recognizable, the worst at the Neewer, the least at the Tokina and oddly at the cheap lens of Hanimex.
I have here for the comparison once the Leica X Vario at 28mm f/3.5 and my Nikon AF-S 28mm with open aperture f/1.8 with the same motif. Much better are the results, especially with the Nikon 28mm also not. The Leica lens is most convincing with regard to sharpness and distortion.  The sharpness I have adjusted with the small compact Leica X Vario also manually.


Well, let's get to the last word on this lens. It is inexpensive to have, it is compact, it also has a good sharpness and resolution with open aperture. What more do you want? Most adapters prefer the excellent new Canon FD 28mm f / 2.0, but this is unfortunately only very expensive to get.
For the version with aperture 2.8 you usually pay depending on the condition between 25 and 45 euros. More I would not spend on it. For the version with aperture 2.0 are often more than 150, - Euro required and also paid. Whether this hefty surcharge is really worth the price, everyone has to decide for themselves. For a narrow budget the newer Canon FD 28mm f/2.8 is not only simple average, but a good choice.
Here are some more pictures I shot in the last days with the Canon nFD 28mm f / 2.8: